Known by many names:  Greenbacks, LY’s, whitebait and others- the scaled sardine is one of the preferred baitfish in the ecosystem.    At the right time of year you can expect them to be around and available.  Catching them is “throwing the net.”    Aid in catching them:  Jack mackerel, chummed into an area draws them in to make them easier to castnet.  Chumming bait is a good way to get more bait faster.   The jack mackerel is in most grocery stores.

“Dead or alive”, the sardine work fresh dead if not used as a live bait.    Great for snapper, they  will be eaten by a wide variety of species.   If I had to choose, I’d use them live over dead but a dead sardine will catch fish.
The grassflats, four to seven feet deep, the schools of sardines will gather.   Bubbled on the surface they are easy to spot and catch for bait.    “Stickers” are juvenile sardines that stick in the net mesh.     You don’t want to throw your net over these smaller baits.   You want the ones that are 3 inches long.    A search, you should find the right bait.

I am “all lures all the time.”   Back in the day, I used live bait.   Mostly, I had sardines I’d catch with my small six foot net with a small mesh.   Lure designers for Florida fishing usually make lures in colors that mimic the scaled sardine.     A greenish top and a white belly, that is my favorite choice in Mirrolures (called “18”).

Keep them alive:   Aerators for cutoff water holding tanks.    Bait buckets keep them alive.  Taking five gallon buckets and drilling 100 holes in them and getting a snap lid is a great way to contain sardines alive and keep them alive.    Attach a rope to the bucket and you can also put a section of pool noodle around the rim of the top of the bucket.

If I ever use live bait again:  It’s sardines and it’s likely I’m in Port St Joe, in the Panhandle.   I’ll bait a hook there.  Flounder and trout galore.  Never did that well on lures there.   I’ve tried.     It is an example of “live bait is necessary.”

They are not hard to find and catch.     West coast and Panhandle, better than Atlantic, they are the bait of choice if they are there for you to use.
Wikipedia:The scaled sardine, Harengula jaguana, is a herring-like fish in the family Clupeidae. It is native to coastal waters of the western Atlantic Ocean, from the Gulf of Mexico (where it is known as the pilchard or whitebait) down to Brazil where it is called mata.It has a solid back with dark streaks and usually a small dark spot at the upper edge of the operculum and sometimes one located at the shoulder. It grows up to 9 inches (23 cm) in length but typically is little more than half that size.It is a fast-growing species, living only 12 to 18 months.Scaled sardines are often referred to by anglers as greenbacks erroneously as that name belongs to the Atlantic Threafin herring. They can usually be caught with strings of wire loops known as minnow rings, sabiki rigs or by cast netting.

Also known as pilchard and greenback. 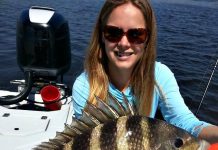 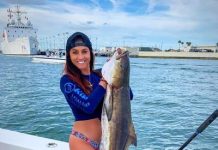 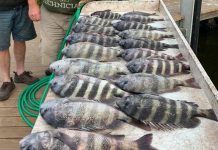