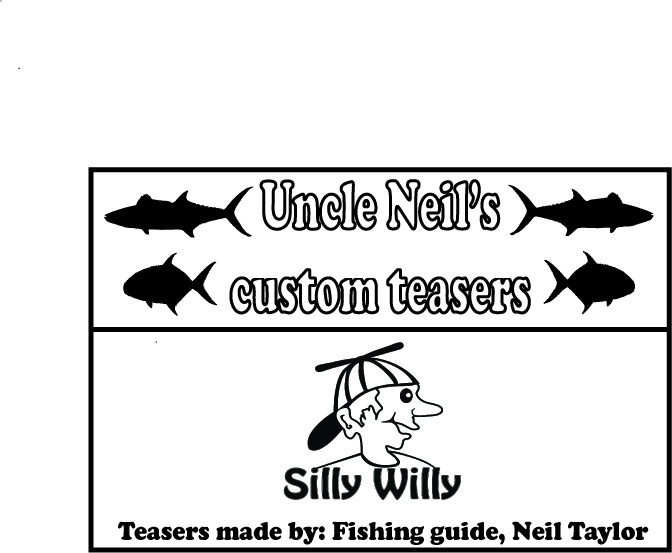 A tackle option for just about everyone, everywhere-the Silly Willy jig is as simple as it gets. Lead molded around a hook in a “banana” shape, this lure will attract the attention of just about everything that swims. The concept of this particular jig model originates with the ice-fishing crowd long before similar style jigs appeared in Florida. They are incredibly productive used where you don’t need an auger for your fishing. In comparison to the ice-fishing, freshwater lure, the Silly Willy has a hook better suited for saltwater uses and it is designed to have the right sinking and rising action, with adequate weight to get down to where the fish are.

Captain Joe Hebert took over Silly Willy jigs some time ago. Joe is an avid angler himself but is devoted to providing quality tackle and lures to the other anglers. In many extensive conversations during time fishing with Joe, I’ve talked to him about the details of the Silly Willy jigs: The hooks, the painting of the jigs, colors, how to fish them are all things we talked about at length. The Silly Willy and teaser combination catches just about everything that swims, including dolphin offshore and has even tempted redfish when they will chase no other lure. My original use of this lure and still is the same as it is today. I use the Silly Willy with Joe’s “teasers” added to go directly after pompano and spanish mackerel.

Without question, the Silly Willy is a “creature bait” when it comes to pompano. Kept in contact with the bottom, there is no more effective way to target the speedster pompano. I will use the yellow jig and loop knot a pink teaser to the hook eye of the Silly Willy allowing both components to swing freely. The teaser is a simple, small “fly” about a half an inch in length and has some flash to it. Off bridges or fishing the passes for pompano, the lure should be worked by repeatedly bouncing it up and down off the sandy bottom creating small puffs of sand. The pompano must think that it is a crustacean that they just have to eat and they will attack the lure usually getting stuck by one of the two components. This lure is a great alternative to other pompano baits that will be picked away by pinfish and other fish that inhabit the areas where pompano are intercepted. Most of the time, the act of jigging sets the hook and the rod tip will double over at the time the angler bounces the rod tip upward.

This lure is dynamite on mackerel particularly for the bridge angler. I’ve used this setup for years to connect with this species. A variety of colors will work but for fishing somewhere like

the Skyway Piers, try the chartreuse Silly Willy with a white teaser. Move up to 40-pound fluorocarbon leader because of the mackerels’ very sharp teeth. A different jigging action may be more enticing to these slash-and-dash predators. Though they may be caught with the slow jigging down in contact with the bottom (a la pompano!) the mackerel get really excited by a heavier jigging motion making the lure rise more rapidly through the water column. This often gets them to chase the lure and from above, the angler will see multiple mackerel surrounding the lure as it begins to flutter down when they drop the rod tip. If the line bounces as the lure sinks it should also come tight because you will have a mackerel hooked.

From a boat or kayak

The Silly Willy is a great lure for use closer to water level as well. The technique changes a little with the line being more horizontal compared to the vertical jigging done from bridges and piers. Lure weight choices are important with the rule-of-thumb: Use the lighter Silly Willy in the shallower waters and go up in weight with more depth and/or current. With casts away from the boat, try different jigging actions that get the fish interested in the lure. Worked slowly the lure will catch fish like flounder, trout, redfish and even possibly a sheepshead. At a more

These are a great addition to your tackle box. For more on the Silly Willy lures, visit http://www.captainjoefishing.com/products.php?cat=Silly+Willy+Jigs

Paying It Back For Captain Mel