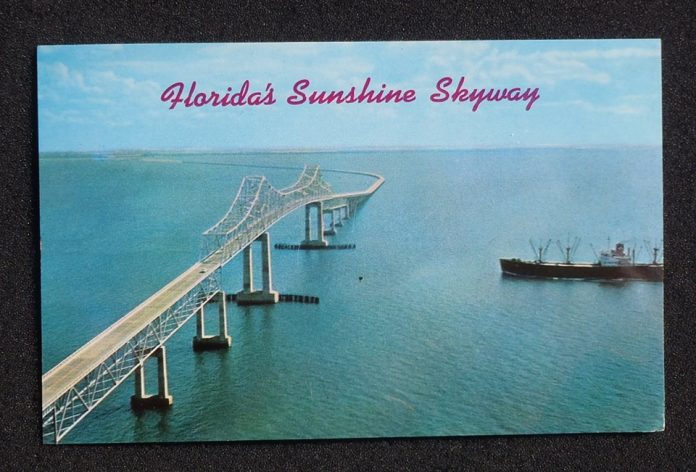 The waters surrounding the Tampa Bay Estuary saw continued spotty showers & thunderstorms this past week, but anglers dodging the rains saw some nice windows of fishing action at the Sunshine Skyway Fishing Piers.  One great thing about the Skyway Piers is that anglers can walk a few feet to their vehicle to wait out a passing summer shower.  The activity level of gag grouper remained a hot topic, as the number of legal-sized fish climbed even from the good action of last week.  Spanish mackerel remained on a good bite, and artificial lure anglers fished some smaller jig baits to mimic a new year class of sardines that took up residence at the piers.  Cut natural baits remained the top option for anglers seeking a limit of Spanish mackerel.  A strong nighttime ladyfish bite emerged this week for anglers who enjoy targeting these wily fighters for either bait or wonderful fish patties.  Mangrove snapper action was good and many anglers got a full limit of fish for the cooler.  Snook and even some spotted seatrout remained on solid bites in the shallows, and some large female snook were released this past week.  Tarpon, shark and goliath grouper action is high for anglers seeking some true battles from a fixed structure.

Gag grouper bites continued at a good rate and the number of legal fish was also solid.  Natural baits fished on the bottom again seemed to outperform plugs and free-lined baits, but fish were taken on a wide variety of methods.  Cut baits were most often threadfin herring, squid, finger mullet, or ladyfish, but almost anything can work.  Free-lined baits were mostly pinfish & pigfish.  Outgoing tides on the artificial reefs were most popular, but a very admirable number of fish are being taken on the main bridge pilings on (and just past) the approach sections / dumpster areas of each pier.  It is almost comparable to dock fishing, because gags will often hang on the same structure as snook, as both species favor both cover & ambush points.

Afternoon outgoing tides this past week provided the best window to target Spanish mackerel.  Anglers caught plenty of legal-sized fish during the heat of the day, and many were over 18″ in length.  White jigs – either single or in tandem – seemed to outpace Gotcha lures and spoons as the primary artificial lure choices.  All are effective lure choices for the piers, but the key has been to work deeper in the water column.  The easiest bite seemed to be cutting scaled sardines or threadfin herring and using a long shank hook with a split-shot sinker.  Baitfish expert Fred Heinke has theorized that the plankton & microorganisms scaled sardines & threadfin herring feed upon have been pushed deeper not only by water temperature, but also by certain wind patterns this season.  The mackerel reports all year seem to agree with this assessment.  Perhaps the late summer and early fall patterns & temperatures will bring mackerel more to the surface where you can target them with popping corks and straw lures.

Ladyfish were active along the approach sections in the evening hours and these fish are popular for many reasons with Skyway visitors.  The first and foremost is their great fight, but they are also sought for their mild & flaky flesh for fish patties and great qualities as a baitfish.  Most anglers who target Spanish mackerel do not consider the species to be a common feeder after dark, but many are taken by ladyfish anglers after sundown.  The presentation most successful for both of these fish is simple.  It consists of perhaps 18″ to 24″ of monofilament or fluorocarbon leader material in the 25 lb. range, a long shank hook in the 1/0 or 2/0 range and a split-shot sinker for depth adjustments.  Use scaled sardines or threadfin herring kept on ice in a zipper bag for bait and cut slender strips from the belly and/or back section(s).  Hook the cut bait strip right at one end so it flutters with the tide and deploy it in a free-lining method with the tide.  It is the same approach used successfully by many mackerel anglers during the day, but at night you often get more mangrove snapper as a bonus fish.

Mangrove snapper remained aggressive this past week and many visitors fishing the artificial reefs had nearly constant action from this species.  Many catches of mangos had short fish, but when anglers reported catching 20+ mangos in a short fishing window, they did not seem disappointed that they had to release some fish.  Of course not all fish were small – with plenty of mangrove snapper iced for family fish fries.  Many visitors reported moving only slightly upon their chosen artificial reef section or switching baits in an attempt to entice larger fish.  Nice Key West Grunts & several species of porgies were in the mix.