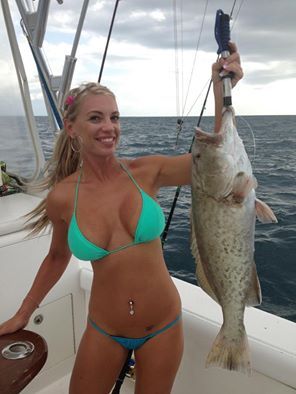 Water temperatures are higher than normal for this time of year. Normally we see 81-84 in the gulf, but many recent readings are in the upper 80s. The days are getting shorter, so expect temperatures to slowly fall. Eventually we will get a cool front, which often seems to occur at the end of this month. The good news is we’re only weeks away from cooler weather. Grouper fishing remains below average in shallower depths. Venturing farther out in the gulf might be the answer. You will find water temperatures about 4 degrees cooler at the 30-mile mark. If you’re restricted to fishing closer to shore, an early departure might be the trick. Fishing at daybreak can be a good late-summer tactic. American red snapper are normally a deeper-water species and have been strictly monitored by state and federal laws. We’ve witnessed numerous areas that are holding 16- to 20-inch fish. Some depths have been inside the 10-mile mark. A few large kingfish have been attacking anglers free-lined baits lately.