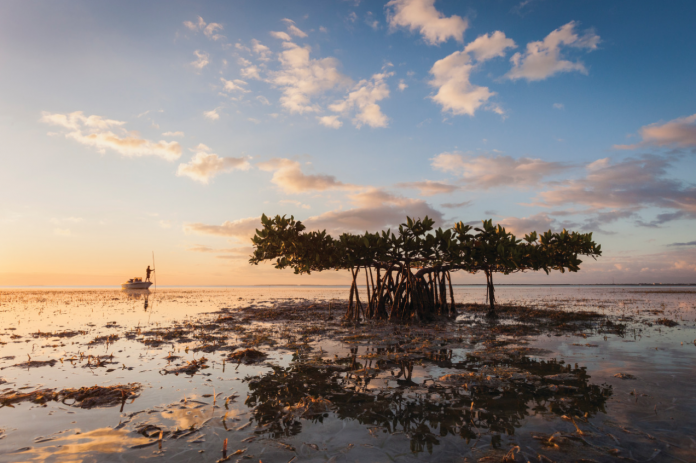 May is here which means great opportunities in the northern extent of the Bay.    Redfish and trout will remain the best options.    When it gets to June, I don’t utilize upper Tampa Bay except for jigging giant drum.     I like the cooler months for this part of the Bay.

The numbers of snook continue to remain poor and there is little question that the recovery of that species is still going to take years especially with management decisions that have been made.  Most of the veteran anglers are steering clear of the species hoping that, left alone, they will be back to a great stature again in 2014.

Redfish remain a decent target but probably not as easy as the previous three spring seasons.   They like the shorelines on high tides and stay in depths of 1.5 feet of water at all other tides.    The rootbeer 12 Fathom Mullet is a killer bait for these fish but also don’t forget to have along Gold D Lucks, Clear Gold or Shimmer Gold.     Make long casts and keep the lure down by the bottom.   Redfish in Upper Tampa Bay are notoriously aggressive compared to other places around the regions.

Trout are still being caught, big trout, if you know exactly where to go.   Large trout, over 25 inches, have been regular catches in the evenings in parts of Upper Tampa Bay.   They are eating jigs and topwater lures.    The Mirrolure series of topwater lures is exceptional for targeting and catching big trout on topwater lures.    Try the Top Dog Junior “18” and see how well that lure works!

Big black drum are already available at the bridge pilings.  Pompano will be soon to follow.  Upsize the tackle if this is something you want to do.   Your trout outfits will make this battle last a long time.

Regular rains may help or hinder the action in the upper stretches of Tampa Bay.   The rainy season is coming up fast.   Get out and enjoy the action in this part of our waters!

At the request of my contemporaries, “keeping the message alive”:    If you catch a snook:  don’t take it out of the water for eight minutes taking pictures.    Don’t “get a weight” of the fish.    Enjoy the species if you cross paths, but take extra steps to make sure those fish remain in the living population.     A huge contingency of the best respected fishing guides on the Gulf coast opposed their decision to reopen to harvest, made sincere pleads over and over to get the decision reversed but were ignored.  Do your part and try to give this species a chance to return to prominence regardless of their faulty data and poor decision making.