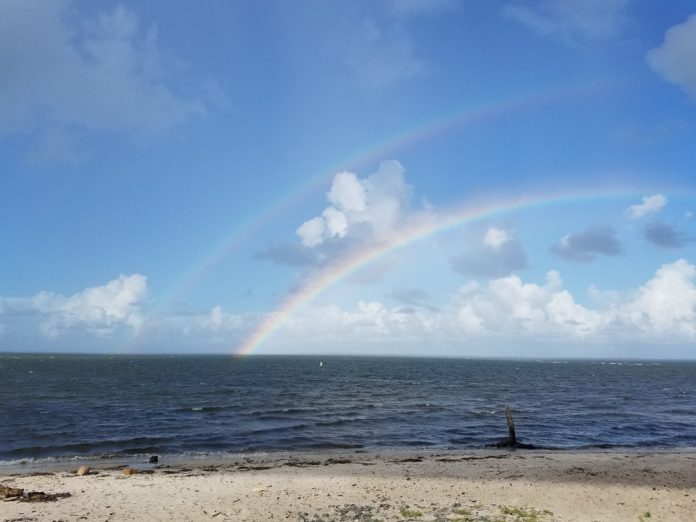 Every year, I get a chance to escape.    A 320 mile drive from Safety Harbor to Cape San Blas/Port St Joe, this year I went a few weeks earlier than usual.    The trip, a throwback to my younger years, gets me to an area I spent time when I was a boy on vacations (also in late summer).   It is a break from my routine.  It is a chance for some low key fun.    I look forward to it every year.    My host, Mark Hartley, opens his place up to me and I try to be the really good kind of guest.  It is now in the recent past but it was another great week in the Panhandle. 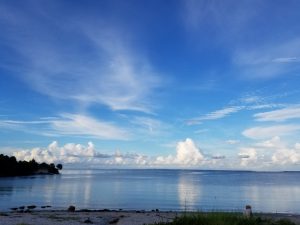 Something I hadn’t done in my previous trips up to the Cape, I made a trip over to Panama City Beach.   The last time I was there:  September 11, 2001.     My last morning at the Beach, I watched the second plane hit the World Trade Center.    The most surreal day of my life, my father, holding his coffee before we left to go fishing (before I was making my drive back to Dunedin after finishing the baseball season) he said “That’s jet fuel.  Those buildings are coming to the ground.”    I always wondered how many people would have been alive if my father was in charge of that operation.      At that time, I thought Panama City Beach still resembled the way I knew it as a kid.    It was growing for sure but I still recognized a lot of it. 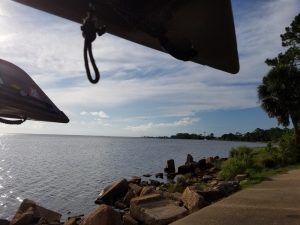 I made it a quest to make the hour drive and take a look.   Anyway, I stopped at Anderson’s Marina which I found to be basically unchanged.     When I was really little we used to see Captain Anderson.    We stayed at a hotel owned by one of his relatives.   That threw me off for the shock I was about to experience.   I got back in the car and headed west, straight into Panama City Beach.    Places we used to see:  Now high-rise buildings.    I saw absolutely nothing I recognized.    It actually overwhelmed me, I finally gave up and did a u-turn and I got out of there.    I stopped to see if I could intercept Brad Stephens at Sunjammers Watersports.    He was away from the shop but I spent some time with his employee, one I had not previously met.
My stop on the way back to the Eagle’s Nest:   The Gandy Seafood shop in Panama City.   I got six pounds of rock shrimp.    Back to Mark Hartley’s, he had crabs, shrimp and fish.    We went through most of what we had: His mother, sister, daugher and aunt.     It was a feast.
The fishing:    First time in my whole life, it was dreadful.   I stopped at the bridge on the way into town on the first day.  The baitfish that is usually there, wasn’t.    Nothing happening.     Finally I went out 80 yards and put the reel in freespool:  A fish.     Dirty stinkin’ catfish.     Another cast, drifted the bait out:   Another catfish.    Next cast, bait taken again, a third catfish.  By Neil Taylor rules, after three catfish it is time to go. 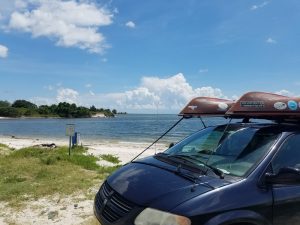 On to the Eagle’s Nest, Mark Hartley’s house.    Climb the stairs, overlooking the Gulf of Mexico.    An ice machine, I fully stocked the bar and got the blender going.     The plan, to go back fishing the next morning, but to launch a different spot so I could gets chubs from the creek and then paddle the half mile over to the bridge.     I was pretty excited about my plan.    A little sand path to the water, I was a little complacent backing Blue in to unload.   A cable that came down from a power line I didn’t notice, I backed into it.     The second mistake, I didn’t get out and look.   I put it back in drive and hit the gas.   The cable was between the wheel and the rear bumper.       Off came the bumper.       Doh!!      I said to myself “This is what I wanted to do on my vacation….”    I got it back on, unloaded, caught the bait (which I hadn’t done since last year when I was up here.)     I made my way over to the bridge.     Six hours.  Not even a strike.  I moved around all the spots I have caught fish.   Nothing.    Finally in hour seven, a strike.     It was big.     It stayed on.    I fought it up.    What was it?   A shark.      By Neil Taylor rules, after seven hours if all you have caught is a shark it is time to go. 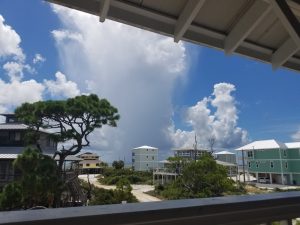 Back to the Eagle’s Nest.    Mark in years past had his girlfriend there.   They recently broke it off.    So I actually spent a little more time with him than I had in past years.    Mark puts in some offshore trips while he is up there.     That report:   The bait is scarce all over that area.    His fishing was not very good.    He had one spot in St Joe Bay where they found trout but nothing else had been very good for him.
On the drive out, beautiful scenery.   Apalachicola, Carrabelle, very interesting small fishing villages.   There was no wind.    There was no traffic.    I left a day early because people wanted to go fishing back home.    You could see schools of fish on those flats.  Lazy, I didn’t make an effort.  But I enjoyed just seeing it.    This, the shortest of all my “Vacation” stories:  I spent a lot of time looking out the window.  In the air conditioning, I was better recharged when I got home than I normally would be.     I’ll be back again next year.   Maybe the fishing will be spectacular again. 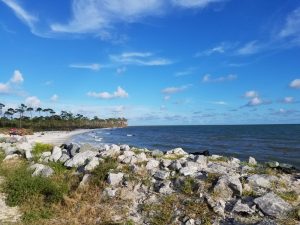 For you, an opportunity.  If you would like to enjoy this place, Mark rents his house 11 months of the year.    This is a location where you can take a big group.   You are on the beach and you are in an area that I consider to be Paradise.   This is a quieter area.  There are things to do but it is a more relaxing place than other vacation destinations.     You let me know and I will get you in touch with the people to make arrangements    This location will host a pretty large group. 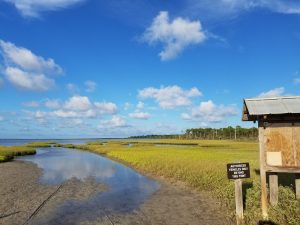 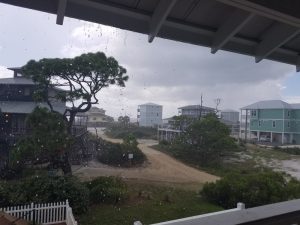 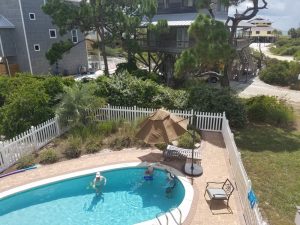