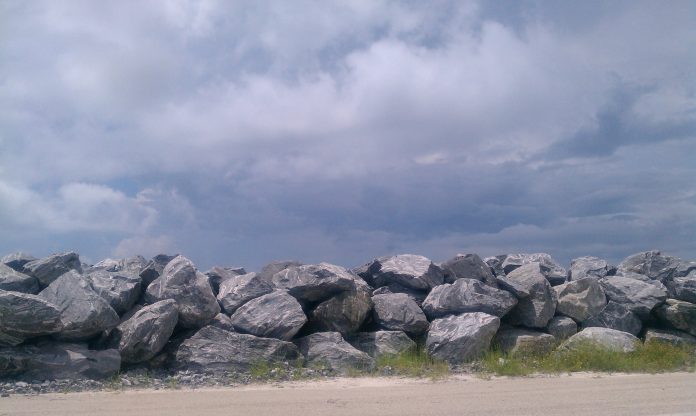 So many people have asked, “What does a fishing guide do on vacation?”  It is a fair question and those who know me well enough already know the answer.

With yet another month of a lot of record heat and some poor tides that I wouldn’t want to take anyone fishing anyway, I decided that it was time for a little escape-   A “getaway” from the regular scene, the routine and the day-to-day “sameness”.   As I had done in years past, I had my mind on a particular area to go, the same place that as a family we would go to in late August during my childhood years.

Where did I go?   The mountains?   A rainforest?  Alaska?  A spa?   No, I went to the Panama City Beach area.  Captain Joe Hebert, who owns “Fish On Lures” business and supplies some of those tackle shops up there with his lures, The Edje jighead and the Silly Willy jigs had told me that he wanted to make another trip up there to call on shops.     So the plan was set.   We set out on the excursion on a late afternoon and arrived after midnight.     Thus my “vacation” began.

Four hours later the alarm went off.     What transpired the next six days was a mix of seminars, television shows, tackle shop visits and one kayak club outing.     Oh, I forgot to mention: We went fishing every single day.

The choice for the weeklong getaway was fun because it’s an area that I’m already very familiar with.  My father took our family to Panama City Beach every summer I can remember in my life up until I finished high school.   So ingrained into our family, it’s also where my brother Mark took his wife on their Honeymoon.  It’s where I went for summertime excursions when I was in college.

Forty-five minutes after the live TV show finished airing at 6 AM, we were making our first casts.   I was with Joe and Captain Roy Ray the co-host of “Panhandle Outdoors with Captain Roy & the Coach” on Panama City’s WPGX Fox 28.  Perched in the unusual spot sitting on the poling platform of Joe’s fishing boat, I started the day without a rod in hand.   I was taking it all in, I mean why not?  I was on vacation wasn’t I?    This was a theme for the entire week.    The scenery and habitat of the Florida Panhandle is extremely different than what I see on a daily basis: Miles and miles of sawgrass shorelines and tidal creeks, vastly different from the mangrove shorelines of west central Florida.   I was also interested in seeing if the techniques they were using to try to trick their redfish differed all that much from the way it’s done around the Tampa Bay area.   We were in an area north of the Hathaway Bridge and Captain Roy gave me history lessons on the areas we were cruising:  Land ownership, preserves, “The Shrimp Farm.”   The goal for Joe and Roy was to get video for the TV show and other uses.   I wasn’t that intense about it, being on vacation, as you know.

Dodging some heavy rain, Joe took us to shorelines that had activity.   As the morning wore on, Joe caught a few redfish including a stellar 6-inch beast.   The redfish around St Andrews Bay are a much darker color than most we see around Tampa Bay.   But without a doubt responded to the same lure presentations that work best around here.   I’d quietly enjoyed the first morning out there with a few trout but I ended the day with the biggest redfish of the trip.  I didn’t gloat however, being on vacation, as you know.

In another “off the water” item on our schedule, Joe and I combined to do a seminar for Brad Stephens at Sunjammers Watersports.   Brad sponsors the Panama City Kayak Fishing club.   28 people showed up for the seminar, a mix of people of all experience levels and mostly kayak anglers involved with the club.    The following morning, Brad joined us for the outing on the water.   A second straight rainy morning.  Being on vacation and all, it didn’t bother me at all.  We went to another area and Brad showed off his stingray catching prowess, nabbing two “flounder with a stinger” on a 12 Fathom lure.   More redfish and trout were caught but the trip had to be cut short to get back to the launch, load up and get to another tackle shop for an afternoon seminar.    Between the Sunjammers session and the other meeting with local anglers, we determined that the biggest problem people had with lures was their choices in equipment.    The fiberglass rods people are using do not have the right feel for using the lures effectively.

The weekend approaching, I had one day where I felt like I was no longer on vacation.   The Native Ultimate went in the water and we fished with the PCKF club.   I think it was 21 people from the club plus Joe, Brad and “vacation guy”.     Club president Linda Cavitt had the hot hand, catching redfish, trout and flounder and she also was the name “picked out of the hat” for the Sunjammers gift certificate donated by Brad and Joe.   Linda’s skills were lost on Joe.   His only story from the day was that she put her 19-inch flounder in the cooler with our drinks.   Flounder flavored water doesn’t bother people on vacation!    Other anglers connected on trout and some redfish.   Joe got into the kayak redfish action.

The remaining three days had this on the schedule:  Morning fishing every day-with John the owner of Pier 98, with Cheryl Little who is on TV with Roy twice a week and then taking Joe to the family flounder hole.   John had all the luck on that day, catching trout and redfish for about half an hour straight at one point.    With Cheryl, we went back into the same area where we’d gotten into the redfish schools with John and Joe caught the biggest redfish of the trip.   As Joe crept up a shoreline I announced “I’m going mobile” and slid out the side of the boat to do some wade fishing and let the two of them head up the shoreline.   Even though I was on vacation, I took a fishing rod with me.  It proved to be a good location and I caught a 26-inch redfish with a really unique tail spot.

The final day was another morning with Captain Roy and Cheryl before sunrise.  Here we are on the set of the show.

Everything packed up and ready to head out of town, I gave Joe the GPS coordinates to the prized flounder hole.  This one’s a wading spot.   Disheartened that someone else was not only there but standing exactly where I wanted us to be, we went to work on those fish anyway.  Sharks and ladyfish made is tough to get down to the trout and flounder but we got two nice flounder and this trout that was about 28-inches.

The beauty of that region speaks for itself.   Zero oil impact around an area that is geographically near the actual spill site.  The solitude is something else that is unique.  We rarely saw any other boats or kayaks and never heard a jet ski.    Jet noise, the “sound of freedom” from the fighter jets of Tyndall Air Force base was the only sound different from the sounds of jumping mullet or our lures hitting the water.   The only somber feeling was that an old family friend, Captain Cavanaugh, who I’d hoped to see while in town, had passed away back in June at the age of 83.    But the fun memories of all that he did for family and good times with new friends made it a vacation to remember. 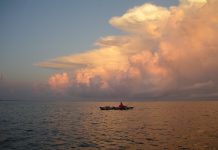 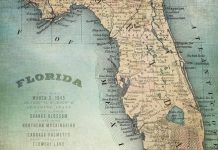 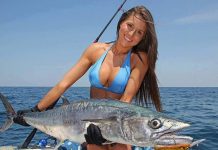