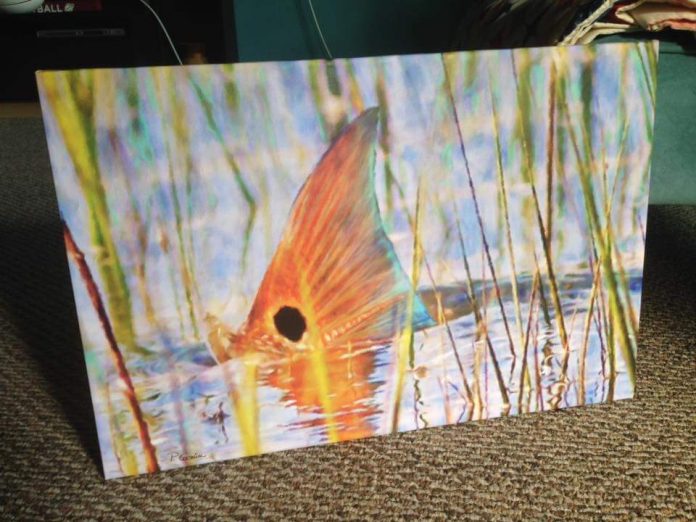 The word is out:  Fishing all over the great state of Florida is exceptionally good.    Will the heat of summer come early for those of us central and south or will May be a mild month?   It should not matter.   Water temperatures will not elevate until June and May should have some of the best fishing stories of 2013.    Read on to see what is in store around the state for the month of May:

The tail end of spring seems to always conclude in the central and southern part of the state of Florida by mid-May.   April was a warm month and May will likely continue the trend.   For folks in the Nature Coast, Big Bend and Panhandle: Spring should continue to reign.   The kayak anglers will rejoice in access to great fishing all over the state but it’s time to start becoming more conscientious “weather watchers.”    Gulf moisture combined with higher temperatures translates to May storms, nothing to take lightly if you’re an angler, but particularly those who go by kayak.    Have your “plan” in place for avoiding perilous situations.

The Tampa Bay region– The tail end of spring seems to always conclude in the central and southern part of the state of Florida by mid-May.   April was a warm month and May will likely continue the trend.   For folks in the Nature Coast, Big Bend and Panhandle: Spring should continue to reign.   The kayak anglers will rejoice in access to great fishing all over the state but it’s time to start becoming more conscientious “weather watchers.”    Gulf moisture combined with higher temperatures translates to May storms, nothing to take lightly if you’re an angler, but particularly those who go by kayak.    Have your “plan” in place for avoiding perilous situations.

Outstanding action in our region will remain excellent throughout the month of May.   The usual action would include snook but for the fourth straight year, I will not be offering them as an option for my charters.   Having a few more snook around is not evidence of a recovery.   The likelihood of dolphin eating a released snook makes it better to avoid the species altogether.    There will be another push to reopen this species to harvest come September:  You will not hear me support that if they want to push that through.

The species that are doing the best they have in years:  Flounder.   Unbelievable!   The action for flounder is as good as I have seen since probably 2003.   The major Red Tide in 2005 and ’06 crushed this species.   Slower to recover than the speckled trout, the past two years have been good but to start out April, more big flounder have been caught in the past three weeks than we caught in basically all of 2012.    The 12 Fathom 3-inch Mullet, SlamR and Buzz Tail Shad are tremendous baits for flounder (which are discussed more in the other reports listed below).

Trout and redfish will also be the mainstay targets of May.   Toss in some pompano fishing late morning and we have the recipe for some great fun in the month of May!   The number of pompano caught on the flats is also evidence, as it is with the flounder, that it should be an exceptional year for pomps.    I use the 12 Fathom “BLING” Mullet or the Silly Willy (yellow) with a teaser (pink) for pompano.

Redfish and trout action may shift to “early and late” depending on the weather cycles.   The hotter it gets, the better the action in the low light periods.   With mild patterns, the action should be decent throughout the daylight hours but probably getting tougher “Noon to Six in the afternoon.”

In the Southwest “Suncoast” area of Florida, Steve Gibson with Southern Drawl Kayak Fishing:
I look for improved beach snook action, with improved
numbers as the days go by. Keys to success include calm conditions and
clear water. As long as the wind if from the east, conditions are
usually good. Night snook action should remain good around lighted
docks. Spotted seatrout action should be good over deep grass and
along the edges of the flats in Sarasota Bay. Snook also should
cooperate on the flats and around mangrove islands..

The East coast of Florida, Get out on the flats earlier or later in the day. Winds tend to pick up mid-afternoon and then die down later in the day. Snook will begin to show more and more north of the Ft. Pierce area. Plentiful amounts of redfish, trout, and sheepshead will be found on the grass flats laying in wait inside and around sand holes and drop offs in all the Lagoon system. In 1 – 2 feet of water you will find slot reds and above slot trout. Look for bull reds in deeper waters, 4 – 5 feet, along with black drum and trout. Concentrate on points, bends, and small coves and areas that have culverts. Look for bait pods getting crushed. These predators will be much more active now and will be snatching up any morsel coming near. The topwater action will be fantastic. My favorite, the walk the dog action cannot be resisted. Use subsurface soft plastics as the sun gets higher and the topwater action slows. Flounder has not been as abundant as last year but can be found on sandy or muddy ledges or bottoms that are near eddies that contain easily accessible bait and at drop offs.
In the Big Bend of Florida’s Panhandle, Robert Baker at TnT Hideaway on the Wakulla River:  http://www.tnthideaway.com/ .   If you are going to be in Panama City, stop in and see Brad and his staff at Sunjammers:  http://sunjammers.com/   Redfish should finally collect in larger schools, something that was expected but didn’t happen last month.   There are a lot of redfish around but in “packs” instead of wake-pushing schools.

Speckled trout are going to finally tail off toward the end of the month, but expect them to remain cooperative earlier in the month.   Find the baitfish, find the trout.   As it was in April: Go early or go late. The very best action will be when the sun is low in the sky to the east or west.    Anyplace with bubbled up baitfish or hovering birds will probably have trout in those waters.

Flounder and pompano fishing will get even stronger this month.   The flounder lagged a little with the delay in baitfish schools crashing into the area.   Pompano fishing has been great for a while and will remain strong.   The yellow Silly Willy with a pink teaser “loop knotted” onto the rig will get strikes if they’re where you’re fishing for them.  Try the 12 Fathom 3-inch mullet for flounder but to tempt the even bigger Mamba Jamba flatties, put on the SlamR.   It’s all about “pace.”   Anglers who keep these lures riding just above the bottom will connect with flounder.

In Northeast Florida: A secret that most of us already know:  May is outstanding fishing around Jacksonville, NE Florida and SE Georgia.  The jackets will be put away for months and our people will be back out in big numbers.   We have great populations of fish and fairly light pressure on them.   Make a visit and fish our murky waters for some fantastic action and very mature fish.   What will you catch?   Depends on where you go.  We have sheepshead, flounder, redfish and trout which are very reliable.  Black drum are also an option if you know where to find them.

Things are great in South Florida.   The weather.   The species to target.   It is all great for opportunities for the kayak angler.   We have snook and other inshore species.   We have the offshore targets for those with the right equipment and knowledge.    Too many people are taking risks that they are not ready for.   To get out into the deep water and fight offshore species, you should have a safety plan in place.        Wearing a life vest is simply not enough.    Can you successfully achieve a deep water re-entry?   Do you have your gear secured so you do not lose everything when you flip over?   Do you know how to handle an angry fish in a tiny boat?   For those who have the right skills, this is a thrilling way to try out some extreme fishing.    Our kayak anglers get some exercise, catch some amazing fish and have some great stories to tell.    But this kind of fishing is not for the beginner.

The tip of the month:
The heat of summer is back, like it or not.   For so many months, we could get away with being less prepared with extra drinks and tricks to stay cool.    Bring way more water than you expect to use and drink it regularly.   In winter, you wear water repelling clothing to stay dry for a very good reason:  To stay warm.   With the heat of summer arriving, there is a very big trick to avoid overheating.   “Stay wet, stay cool.”    At the beginning of a day, before the sun is even up, I get in the water to get my pants and the bottom of my shirt soaking wet.    This is air-conditioning on the water:  The damp clothing will make it feel much cooler than if you are dry.    If you do this, you may feel a lot better at the end of the day and possibly not have to drink quite as much water.