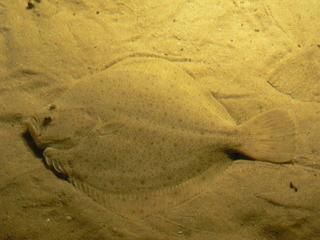 On a recent morning, we went out looking for shallow water gag grouper before the season ended. The morning fog made negotiating the channel markers a bit of a challenge, but we made our way offshore to find clearer skies. The first fish boated was a short gag grouper, and it was carefully released. A few moments later, a much larger gag grouper came over the rails and was placed in the cooler. Already our day proved to be a success, but the best was yet to come. The real surprise came with the catch of a really big flounder, one of several caught that day. Flounder fishing on the East Coast around Delaware, Maryland and Virginia is a really big deal. Fishing for flounder in Florida normally takes a back seat to other species. But during the cooler months — December through March — flounder fishing really picks up, especially off the Pinellas coast. Flounder usually pursue a slow-moving bait. They bury themselves in the sand so they can ambush unsuspecting prey. For that reason, drift fishing is a common technique. However, they can also be found around structure that you would consider for grouper fishing. So they often surprise anglers who are bottom fishing for other species. Flounder have a slightly more delicate mouth than grouper, so don’t try to rip the fish’s head off while setting the hook.