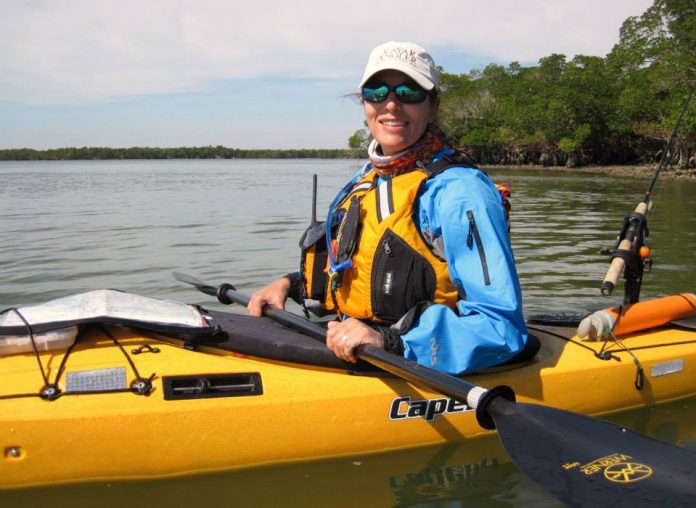 “The New Age of the Fishing Kayak”

The coming of age of self-propelled boats, used to seek out gamefish.

Anglers hear the word kayak and immediately imagine the “enclosed, wobbly and uncomfortable little boats”.   That mental picture of the “kayak” is simply not the reality any longer.   The boats that fit that old profile were the sit-inside, with little (if any) back support, wobbly, tipping at the slightest movement, wet-rides.  With present-day paddle craft, and particularly the fishing kayaks- the boats are designed for stability, comfort, “high and dry” and offer a great layout for fishing gear and tackle.  The simple fact is that the sit-on-top fishing kayaks have achieved wide popularity in the past decade.   This has everything to do with changes that have been made to the manufacturer designs.   Now, when one is considering a “fishing kayak” they are reviewing options that are designed specifically for angling pursuits.   People who are getting out and actually trying it are finding out just how different it is in reality compared to what they had in their minds.

The misconceptions about what a fishing kayak is evidenced by the initial responses I get when talking to people about the sport.  The first is:  ”I’d flip it.”    With contemporary designs with fishing kayaks, stories of flipped kayaks are now a real rarity.   The modern day fishing kayak paddles well even though it is significantly wider than previous models.  This width increases stability, reducing the odds of capsizing.   What this means for you:  Your rods, reels and other gear won’t get submerged or lost.   The stability also adds opportunities for standing in these boats for fly-fishing or for elevation to sight-fish for the targeted species like redfish.

The second most common response that is often encountered is “I would be uncomfortable.”   The sit-on-top boats allow for ease getting in and out of the boats and also plenty of leg space to stay stretched out.  Improvements in the deck layouts have helped a great deal with this.  I contend that I’m more comfortable sitting in my Native Watercraft than any other place that I ever sit.   Again, the misconception: most people imagine having their legs confined, as they would have in a sit-inside kayak.  Today’s fishing kayak has tremendous leg space, and the seats have been improved by leaps and bounds allowing for long periods of time seated in the kayak but not becoming uncomfortable.

The third thought often expressed, “It will be too much work.”   My reply is easy: Not if you are doing it right.   Not only do these boats move through the water with minimal effort, the biggest asset the kayak angler has is their brain.   Minimizing the effort has everything to do with learning where to go based on the wind and tide forecasts.   Part of the kayak advantage is fishing on days where other people won’t even try to go out and done right, and without feeling like you were in a paddling race after you get done.   Hugging shorelines and protected creeks, this is a way to experience the beauty of the backwaters on days where whitecaps exist on open waters.

Finally, there is now a reasonable expectation that the kayak angler can stay reasonably dry.  Configurations of today’s fishing kayaks minimize that issue, designed to prevent the kayak angler from “sitting in water”.   The shrewd kayak user will “dress to stay dry” during the cooler months because of paddle drip and being close to the water.   Elevated seats and smart hull designs now keep the waterline and waves from getting to the kayak user even in the choppier conditions.

When you put it all together, the fishing kayak is an awesome option to consider for fishing.  If you get out there and try it, you are going to realize that kayaks are much different than they used to be and may be your future way for fishing Florida waters.

The Spoon: A fish catcher