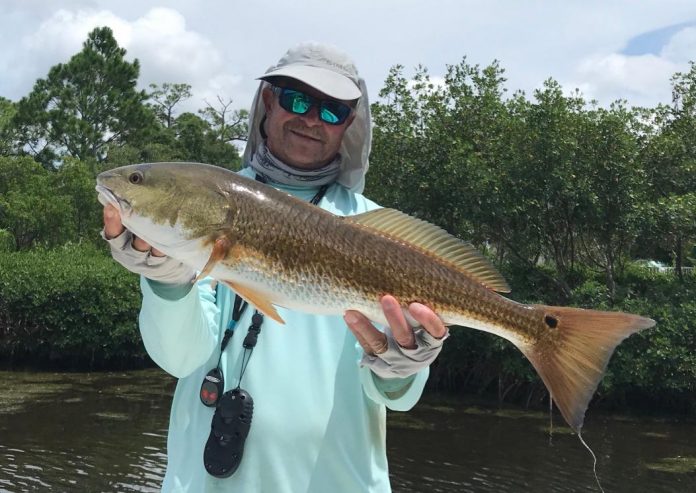 Redfish have been the primary target of most Tampa Fishing Charters over the last month.  Not only have these fish been fairly abundant, many over-slot fish have been around as well.  These fish responded to a wide range of baits and, as always, when groups were found, ate quite aggressively.  Spoil islands, mangrove shorelines and oyster bars all held fish.  Several recent charters offered up decent numbers of snook as well.  Many were in the 20 – 26 inch range, but when groups of these male fish are found, fishing can be fast and a half dozen fish might be caught.  As most anglers will attest, even small snook put up and entertaining fight.  Large fish are still being seen and occasionally caught as well.  The fish pictures in this report inhaled a large grass grunt and headed for the mangroves but was turned just in time to preserve the photo opportunity.  Snook will likely be available in modest numbers until the real cold gets here…which based on the last few years, is anybody’s guess.  Fishing local passes with live whitebait can be a great way to spend a few hours also as numerous species are generally available and aggressively feeding at this time of the year.  Ladyfish, jack crevalle, mackerel and bluefish are typically in the mix although, on a recent trip, legal sized mangrove snapper showed up.  Once the tide starts moving, this fishing usually turns on, as long as a steady stream of whitebait is ladled over the stern. Good luck and good fishing. 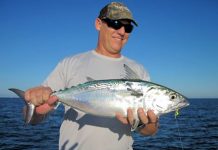 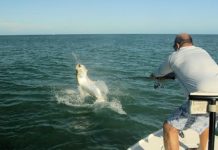 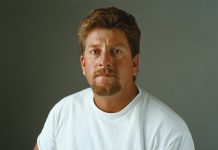