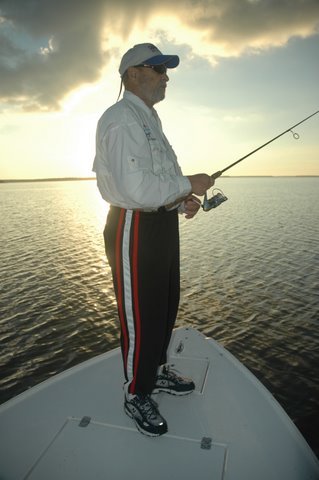 February 5th makes ten years.    Ginny and Debbie are also gone now.    Dr Steve, I dealt with when the site was being transferred to me.  Ron, his son, is now ore involved attending the last two Captain Mel Classics.   His wisdom.   His humor.   His life and what he wanted to do and did, it was impressive to watch.    Recently I have been dealing with his files.   Great additions to the web site.   Things that disappeared over time are now being brought back.   His work.   He loved his web site.   I have had publishing power on this site for nine years.    It is a great fishing web site.    The largest in the world with overall, the best content of anything out there.    Visit and if you are a fisherman, you could spend ten hours reading.

Captain Mel Berman hosted Florida’s most popular outdoors radio talk shows for 25 years right up until his passing at the age of 81. Covering successful fishing techniques, tackle and baits, the program also brought listeners up to speed on what’s new and what’s hot in the fishing world.

It was indeed a fishing show — but with a much broader mandate. The Captain Mel Show also took a stand on vital fisheries and conservation issues. In fact, it was a talk show — just like the rest of 970 WFLA’s programming — pushing the envelope, breaking new ground where fisheries and the environment issues are concerned- such as the latest developments in fishery regulations, controversial issues, and the status of various species.

As a result, Captain Mel consistently achieved number one ratings in its time slot, drawing a very broad audience from the vast Suncoast population. Interestingly, a large proportion of Capt. Mel’s listeners were comprised of not only avid anglers, but also folks who don’t fish, but found the show compelling and highly informative.
An expert angler and former charter skipper, Capt. Mel was also a seasoned broadcaster with more than 40 years in radio and television. He is still talked about daily inside the fishing world and that voice and that man is missed.

Gone but not forgotten, Mel did a lot with his time on this planet.    I had great times with Ginny after Mel’s passing but that opportunity is also now gone.

Everyone remembers his voice.    His jokes.     Mel was a  communicator.    He liked people.    He made his life about fishing and talking to people about fishing.   His seminars, his creation:   “Fishing conversations.”    Something other people have copied.

Mel the conservationist.   He would be watching what I’m working on with great interest.    He was pleased with what I did in 2005, 2006.   He would be alarmed with some of the things that are going on now.

Again:  His web site continues.    He put in thousands of hours on it.   He liked what he had created.     My legacy, his creation.     I am published more than Mel is on capmel.com.     The family entrusted it to me.   To preserve it.   To continue it.   I have continued to build it and make it the biggest and most complete fishing web site on the planet.    Check for yourself.   Visit the site and if you are a fisherman, you could spend ten hours reading.     Reports:   Current.   The other content, most created by me:  Everything about “fishing in Florida.” 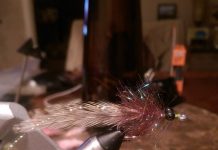