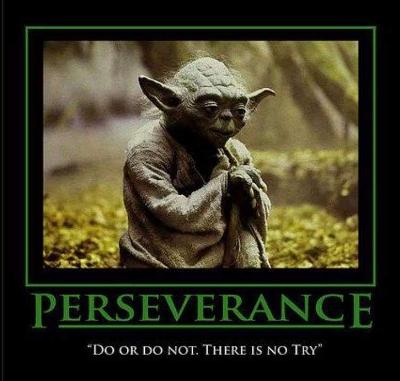 The second half of January held a little bit of everything for fishing the West Central coast of Florida. With the weather changing all the time, adjustments needed to be made on certain days. But there were other days that the weather was absolutely ideal.   It is that time of year.   Some days are excellent.   Some days, you stay home.

The weather caused me to postpone a few trips mostly because the clients had specific requests on where they wanted to go. On these days, I went out into more protected areas and did well. “Down the creek” worked.

Sheepshead and black drum fishing has been strong under docks, bridges and oyster bars. Redfish are often in those same locations. Just not that many of them.   Not like they should be.  Snook, just not in numbers they should be.    A recovery after 2010 is still not complete and really isn’t “almost there” yet either.  Redfish are also not great.     Redfish were great six years ago.   Snook, it goes back 11 years now.

Not the easiest time of year to be a fishing guide.  In fact, some guys haven’t been out for weeks.   You won’t hear me complain.   It is a great life and provides much entertainment and excitement.  And, as I have said, when the economy and weather are good it is practically like stealing.   I have also said “When it is not, it is like being raped.”   Better than it could be, January 2014 has been the latter.   The month closes out with some good success stories but a lot of “we will go later” exchanges.  One set of clients, we had it set three times only to have fronts arriving on the days we were supposed to go.   Other dates filled and other obligations they had before leaving town, we will have to try again when they return another time.  Other postponements, local anyway.   I actually had good weather for one of them but told them that I just didn’t think the opportunities were there.    I sat it out on other days that guides went and they had some frustrating days.    That’s the risk in January.

Lures:   The SlamR is the go-to lure most of the time.    Trout love it.   I use clear gold more than any other color but the color doesn’t matter.     Any color works.     For redfish, switch to the Mullet.     Your secret weapon?   The Buzz Tail Shad.    Again, clear gold or “shimmer gold” which is a gold top, white belly.     Effective choices.      But, you talk to others, their colors are specific.     New penny for some people.    White for others.     They all work.    Your goal, to move the lures realistically.

Silver trout:   The strangest year I have ever seen.   The dead of winter and they are hard to find.    Some days you try them and only catch two or three.    In locations where in January, you would catch 200 in about an hour.     Why?    Changes to our ecosystem should be alarming.    But do the people that are in charge even know about it??

The best stretch of January, John Veil and Terry got out four straight days.   Four days, four different locations, decent results overall.   Things became much more difficult from that time.  For one full week, it was better to postpone than to go after “cold fish.”   Cold fish is a term I have for non-aggressive fish that may or may not get to the hook on a jighead.   John and Terry fought the cold fish syndrome and worked their way to moderately good results.   The trips that followed , some odd results.

January, I have always said, is a month for catching big fish.    February, it continues.  It may not be a lot of fish but if you put your time in, you usually find a period where the fish get cooperative enough to catch a few.    Unprecedented, we had one outing where we had the weather conditions and tides to capitalize on some really big trout.    We caught exactly zero trout in seven hours.    The client caught three redfish, saving the day but the trout we were on were “cold fish.”    Frustrating but there is almost nothing you can do when the fish are like this.   A tip to try?    A stinger outfit for your jig.    These fish are mouthing lures near the tail and dropping them.    To catch some of those fish take a five inch piece of light fluorocarbon or monofilament.   Tie it off to the base of your jighead.    To the other end tie on a very light wire hook, size 2 or smaller.   Poke that hook through your plastic ¾ of the way down toward the tail of the bait.    Short striking trout will get that hook in their mouth and you with catch more of them.   February:  More of the same.

The downside?   More aggressive fish may get that stinger hook deeper in the throat.    If that’s the case, the fish are more aggressive and you can cut off the stinger line.

Spawn over, tarpon focus on eating