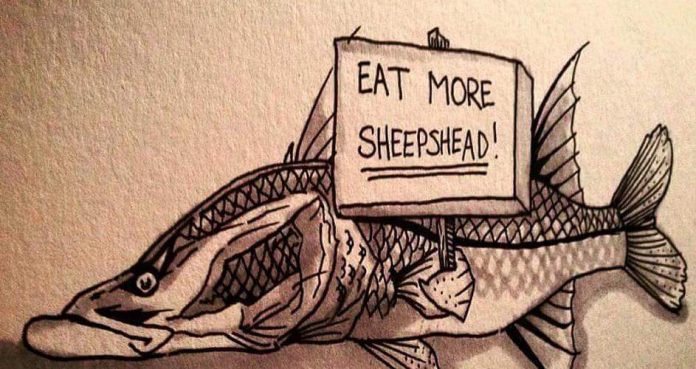 Great fishing has continued through this past twelve days.   Redfish continue to be the best bet with many over slot fish.   Interestingly, 6 redfish had evidence of being deep hooked and released.   One fish had line that was passing out its bottom side, another had a hook that was in process of being passed as well.   Four other fish had lines going into their throats that had been clipped off and the fish released.    I think that is a good sign that these fish can continue to live and feed with hooks inside them.
Fall is here.   Another long, hot summer is over (kind of).   There is a change in the air.   Several early season “cold fronts” have moved through the region, dropping air and water temperatures a little.   Before these fronts, the fishing was already in Fall mode.   Action steady through the second half of August and all of September, things are not only good: They will continue to get better.
The key has been in location selection.   Some areas are still in the doldrums but those are areas I expect to see bounce back to life within the next few weeks.   The other areas have been where there is more “water switch” and lots of life on the flats.
Big trout, pockets of redfish, concentrations of flounder and as many jacks and ladyfish as you would like to catch.  Strike Three Kayak Fishing clients enjoyed this situation using a lot of topwater lures for sunrise action then switching to 12 Fathom lures when the sun got up higher in the sky.   The likelihood that fish would rise on lures dropped after 9AM UNLESS anglers were targeting trout.    The topwater bite for trout was strong farther into the midday hours.
How’s it been the last week?  Mentioned already:   Location choice was critical.   Finding fish was not a problem and they were aggressive.   The one variable on redfish?   Would the castnetting-mullet-guy show up on that shoreline?   On days he wasn’t there, redfish ate topwater lures until the hooks were destroyed.    Huge speckled trout climbed the flat on the rising tide.    If he was there, you had to move out and work the trout.   If he was not there, redfish cruised right up the shoreline and settled in to feed the same section of water every morning.     Jim R. unfortunately caught one of the days when castnetting-mullet-guy was banging his leads on his deck…but he had his first experience using topwater lures and enjoyed acquiring the new skill.
The past couple of weeks have been easy to find schools of marauding jacks and ladyfish.   They attack the bait schools.  Areas of hovering birds make it easy to find this action.   Sometimes it has been mackerel and bluefish mixed in to these schools of feeding fish as well.
Poachers.   It’s something I like to mention frequently.   Recent trips, poaching has been witnessed during 50% of the time I’ve been on the water.    Please do your part and call in blatant violations that you see.   1-888-404-3922.   If the FWC doesn’t have officers available to respond, call your local Sheriff’s office, request the “marine division” and tell the operator what you have seen and give them your cell number.    The Sheriff will respond especially if they hear that you tried the FWC and weren’t able to get one of them to come out.
Fall means some “offshore species” in shallow grassflats.  Mangrove snapper:  On the grassflats near the channels, in groups of 20 or more, 7 to 10 inches long.  “Grass grouper” are small gag grouper that spend their juvenile years on the grassflats in the Fall months.   They’re hard hitting fish and will often dive down into the weeds after you hook them (much like they dive into rocks in the offshore situations).
It’s October.   This is getting to the VERY best time of year.
Neil Taylor
www.strikethreekayakfishing.com
(Cell) 727-692-6345
LivelyBaits@aol.com