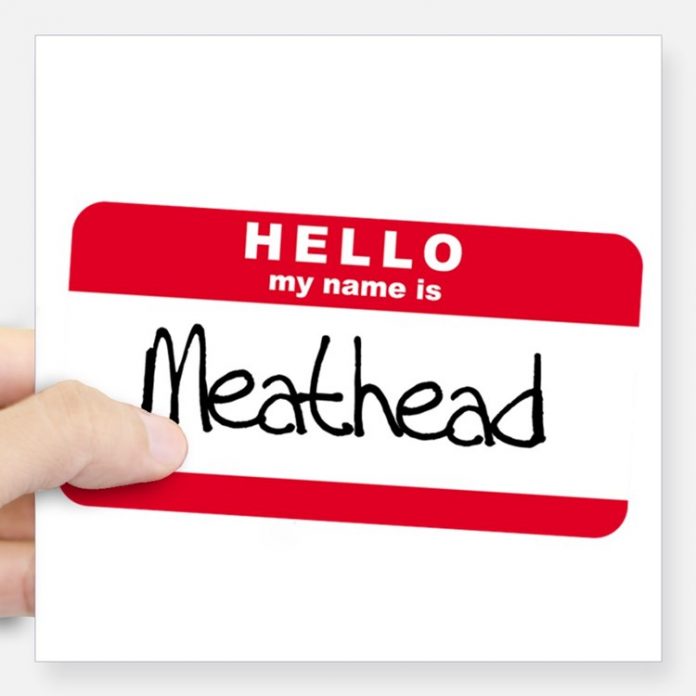 Lieutenant Hollinhead and Officers Letcher and White were monitoring hunting activity along a road on the Eglin Air Force Base property. The road bordered a closed area and the officers had knowledge it was an area where hunters would illegally enter. A vehicle stop was conducted after hearing a single rifle shot. Contact with the driver determined he had shot a buck in the closed area which had antlers less than ten inches. At least one antler must be ten inches in length or have three points. The subject was cited appropriately and suspended from Eglin Air Force Base property for a twelve-month period.

Officer Butler received information that a large boat had been dumped in the Santa Fe River at the Hwy 129 boat ramp. Officer Boone was contacted to assist with the investigation. The officers located the subjects that were responsible for dumping the boat and filed felony dumping charges with the State Attorney. The boat was stolen out of Lafayette County and the sheriff’s office was contacted.

Officer Sheffield was working private property for trespass violations when he observed an individual riding an ATV on the property without permission. The individual had been issued a warning for the same violation previously. The individual was cited accordingly.

Officers Eller and Beck observed a suspicious truck and trailer parked at a secluded boat ramp. The officers observed the vessel operating on full plane through a manatee zone and operating without the proper navigational lights. A resource inspection revealed the commercial fisherman were in possession of snook that had gig punctures. The officers issued citations accordingly for illegal method of taking, out of season snook, and several boating citations for operation and equipment violations.

Officer Rasey identified multiple vessels in that were in a wreck or grounded condition. After identifying the owners, Officer Rasey issued four criminal citations for leaving a vessel in a derelict condition on state waters.

Officer Balgo observed an individual paddling a jon boat back to the shoreline near State Road 520 and the Banana River. A resource inspection revealed the individual was in possession of three black drum over 24-inches. The individual was cited for the same offense approximately a year earlier. Citations were issued accordingly.

Officers Balgo and Delano performed a wholesale/retail inspection on a local business. The officers located 12 undersized red grouper, one undersized sheepshead, and one undersized pompano. Citations were issued accordingly.

Officers Hallsten, Eller and Beck were returning from federal water patrol when they were dispatched to a North Atlantic Right Whale swimming 400 feet off the Brevard County coastline. The officers arrived on scene and cleared vessels from the location allowing for a safe migration passage of the whale.

Officers Angelis and Petru were on land patrol at the Hudson Beach Boat Ramp when they observed an unregistered vessel. During a boating safety inspection, the officers learned that one individual had a domestic violence injunction and was prohibited from being with certain persons. All the persons aboard the vessel were identified and several of the prohibited persons were present. One individual in the group had active warrants out of Hernando County. Appropriate enforcement action was taken.

While on patrol near the Oldsmar boat ramp, Officer Specialist Caldwell observed two individuals fishing with a cast net. A resource inspection found the individuals in possession of three undersized snook and four undersized sheepshead. The appropriate citations were issued.

Officer Specialist Caldwell observed an individual fishing with a cast net at Bicentennial Park. He observed the individual catch several fish and transfer them to individuals standing onshore. A resource inspection found the subjects in possession of two undersized snook during a closed season and two undersized mangrove snapper. The appropriate citations were issued.

Officer Tarr was on patrol in the City of Sunrise when he observed an individual fishing. A resource inspection found the subject in possession of one undersized snook. The appropriate citation was issued, and the fish was seized and entered into evidence.

Officer Rogers was conducting vessel stops at the Palm City Bridge in Martin County. He noticed two subjects walking from the catwalk. One subject was carrying multiple fishing rods and a tackle box. The other subject was struggling to carry a cooler to his vehicle. An inspection revealed the subjects were in possession of multiple fish including five undersized grey snapper and one undersized black drum. The subjects were citied accordingly.

Major Rondeau was on land patrol in John D. MacArthur Beach State Park when several fishermen were observed exiting the water with a cooler and a small jonboat. A resource inspection revealed a total of 11 undersized snook that were harvested with a net. A large black canvas bag was discovered containing a monofilament gill net approximately 150 feet in length. The owner of the net was placed under arrest for felony use of a gill net in state waters. The appropriate resource citations and warnings were issued for the remaining violations.

Officers Ames and Brodbeck conducted a retail inspection on a supermarket in Lake Worth. Upon checking the fish offered for sale, there were numerous in an unwholesome condition with discolored eyes, gills, and a foul odor. Additionally, the seafood manager was unable to provide proper invoices for several different species offered for sale. Two criminal citations and six written warnings were issued to the seafood manager and approximately two dozen specimens were seized.

Officer Brodbeck was dispatched to a call for assistance from the United States Coast Guard Station Lake Worth (USCG) regarding a vessel operator who appeared to be impaired during a vessel safety boarding. Seated field sobriety tasks were conducted and the operator was placed under arrest for boating under the influence and transported to the Palm Beach County Jail.

Officer Partelow was on land patrol in the Jupiter area when the United States Coast Guard (USCG) contacted FWC dispatch for assistance regarding a possibly impaired operator of a vessel with no navigation lights that had violated a manatee zone. Officer Partelow responded and noticed signs of impairment from the operator. Seated field sobriety tests were conducted and the operator was arrested for suspected boating under the influence.

Officers Riggs and Ames conducted a quality control inspection at a retail seafood market. The inspection revealed the business had not obtained a valid saltwater retail license, wholesale license or a freshwater fish dealers license in over six months. The owner of the business was issued three misdemeanor citations for the license violations and a warning for not having the proper documentation for stone crab claws.

Officer Payne was on land patrol conducting license and resource inspections at local fishing spots, when he received information of a subject in possession of an undersized snook. Upon arriving at the location, the subject was observed fishing from the riverbank. A fisheries inspection revealed an undersized snook. The subject was cited for the violation and the fish was seized as evidence.

Officer Payne was on land patrol conducting license and resource inspections, when he observed a single subject fishing at the Fort Pierce North Bridge. An inspection determined the subject to be in possession of four undersized snook and two undersized sheepshead. The subject was cited for the violations and the fish were seized as evidence.

Officer Payne while on patrol at a local spillway, observed a subject walking away from him carrying fishing poles and two five-gallon buckets. Unable to catch up to him on foot, Officer Payne drove his patrol car to intercept the subject as he exited the spillway canal right-of-way. The subject’s buckets contained fishing tackle, two undersized mangrove snapper and two undersized sheepshead. The subject was cited accordingly and the fish were returned alive back to the water.

Officer Brodbeck was on vessel patrol near Palm Beach Inlet when a distress call was overheard regarding a vessel taking on water approximately 15 miles offshore of Boca Raton Inlet along with an EPIRB activation. Officer Brodbeck responded to the vessel, sighting a flare while still enroute 10 miles offshore of Delray Beach. The officer arrived on scene with Tow Boat U.S. and Sea Tow. The stern of the vessel was underwater with its bow high in the air, while slowly making headway westbound. The commercial towing operators were able to get pumps on board and slow the ingress of water and find the source of the water intrusion. With the leak stopped, the vessel was able to stay afloat and arrived safely to Boca Raton Inlet.

Lieutenant Laubenberger commanded the Broward Police Multi-Agency Honor Guard at Markham Park. The event was the Lutzapalooza which honors military veterans and first responders. The detail presented colors for the National Anthem to kick off the event.

Lieutenant Mahoney responded to a report of a man shooting a gun at birds near his home. Officers Wagner and Polly also responded to assist. One dead grackle was seized for evidence. With the exception to permitted waterfowl seasons, the intentional harming or harassing of any bird is both a state criminal law violation and a federal law violation of the Migratory Bird Treaty Act. The criminal investigation is open and ongoing.

Officers Sapp, Cobb, and Lieutenant Yetter were on water patrol near Garrison Bight Marina. The officers observed a dinghy erratically cross the bow of their patrol vessel and conducted a vessel stop to address the violation and perform a boating safety inspection. The operator displayed signs of impairment and field sobriety tasks were conducted. The operator was arrested for BUI and transported to the Stock Island Jail.

Officers Georgevich, Arbogast, and Polly conducted targeted speed enforcement focusing their efforts to protect the Florida Panther habitat. They issued a dozen citations and more than 20 warnings for unlawful speed. The highest speed violation was 85 MPH in the 45 MPH zone.

FWC received a call of an injured bird in Golden Gate City. Officer Curbelo responded and identified the bird as an injured Peregrine Falcon struggling to fly. He captured the bird and delivered it to the von Arx Wildlife Hospital at the Conservancy of Southwest Florida for rehabilitation.

Lieutenant Mahoney and Officers Wanger, Yurewitch, Conroy, and Curbelo represented the FWC at the annual Everglades City Seafood Festival. FWC personnel patrolled the area by water and along the shoreline by land, encountering hundreds of public stakeholders.

Officers Curbelo and Thurkettle attended Collier County’s “Kids Love Fishing” Day sponsored by the Sheriff’s Office. Officers brought a juvenile alligator for the children to see, hold, and take photographs with. They educated the public on safe practices for living with alligators and wildlife in Collier County.

Officer Dube responded to a 911 call from the Monroe County Sheriffs Office of a paddleboard with two females in distress 1 ½ miles offshore of Indian Key Fill near Islamorada. The mother/daughter duo were located and uninjured.

FWC dispatch received a call in reference to a vessel on fire with two persons and a dog in the water just oceanside of the Seven Mile Bridge. Officers Alvarez and Sizemore arrived on scene to find the burning vessel. They intercepted the vessel as it was drifting towards the Sunset Grill dock and the occupants boarded the FWC vessel and were taken to the Seven Mile Grill dock to be treated by paramedics. The vessel burned to the waterline and eventually sank. It is to be removed by a salvage company. 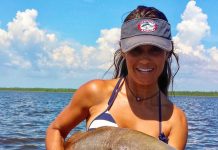