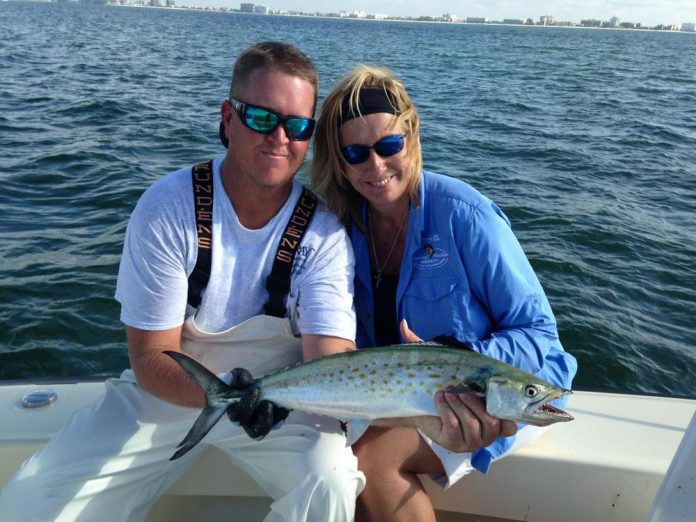 It’s easy to catch a mess of mackerel

A fairly easy way to catch a mess of fish this time of the year, and still be only steps away from air conditioning, is to cast for Spanish mackerel from either the Rod and Reel or Anna Maria City Pier.

The sleek pelagics take up ambush positions at the mouth of Tampa Bay through the summer and make a good living preying on the schools of small baitfish being pushed to-and-fro by the tides.

Most of the juvenile shiners are roughly an inch long, which means you should draw plenty of strikes by casting tiny silver spoons or white jigs of roughly the same size.

There are days which are exceptions, but generally you should regulate your retrieval speed by recognizing you will not be able to outrun the macks. This means you can race the lure back to the pier and expect it will be intercepted by one or more of the finned stilettos.

This can be a very exciting way to put together the makings of a fish fry.

Years ago, there was a well-known island angler who suffered from skin cancer before eventually succumbing to it.

My wife and I were newlyweds and entertaining some of her family from up north with a visit to the long pier. I had on a white shirt and tie, and was watching a dozen or so fishermen who were having varying degrees of luck with the macks, when this bandaged gent approached, handed me a large spinning rig and told me the big reel allowed a fast retrieve.

My bride considered it tolerably cute when I peeled off a long cast with the borrowed gear. But she realized instantly she was in trouble when a big mackerel was hooked in the first few yards of the retrieve. She stepped forward, complaining we had company and I shouldn’t be fishing. As the big, spotted-torsoed mackerel came on board, I begged for understanding, saying I only wanted to catch one more.

The next cast resulted in an immediate hook-up. When the fish was on deck, I asked Lefty Miller, who ran the pier for decades, for some newspaper, wrapped the two mackerel, and we left.

You could hear a remark from one of the anglers using a slower retrieve, “Did you see that guy? He said he was going to catch two fish and leave! And he did!”

The vast majority of the mackerel caught on artificials succumb to single-hook lures but they can be caught on tiny plugs armed with equally tiny treble hooks.

The 4mm series of Mirrolures with red heads and white bodies – I think the color combo No. 28 – is murder on macks. I’d bet some of the tiny balsa lures designed for ultra-light bass fishing or freshwater trout would also be slammed into by the macks.

Tips for surviving the summer heat