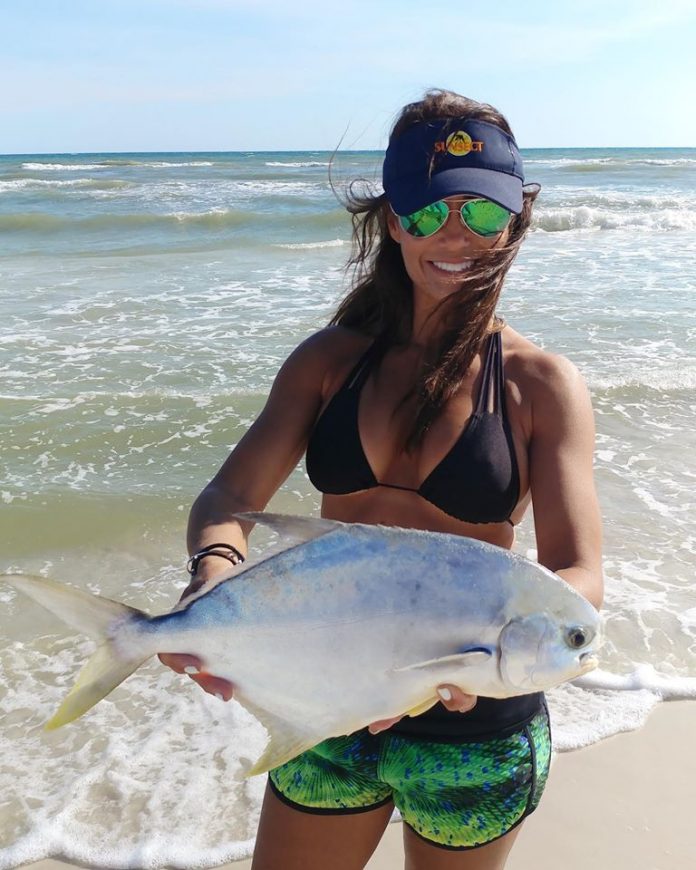 The big chill is here.    January, probably the coldest month of the year around the state.    Will it rival the winters of past years with bitter, awful cold spells?   Or will it be a very nice month, easy to do a lot of kayak fishing?   The answer may be a mix of both.   The true die-hard types will go even if the conditions are tough.   Learn to “dress for it” and you too can get into the action state-wide in the sunshine state.   Sunshine is often the key element:   The dreary overcast days can be awfully tough to endure but if the sun is shining, even the colder mornings seem to be more bearable.  Great opportunities IF the weather cooperates.

It is peak time for sheepshead in January and February   For those who like to eat fish, this is an easy target.   Every barnacle encrusted surface may have sheepshead chewing on it.   The fly anglers will trick some convicts but the most efficient way to catch sheepshead is with natural baits.    Fresh shrimp, fiddler crabs or blood worms are choice baits.    Sink these baits down to the base of the structure (against a piling, under a dock or right up against the rocks of a seawall).  Baits out any distance from the structure are usually ignored.

Trout and redfish action will be consistent again.   Trout, easy. Redfish, just “not what they used to be.”

After the arrival of regular cold fronts, the equation was completely flipped upside down:  Locating fish was different from “going to where they’ve been all summer and fall.”   The moving around and even migration of trout and redfish has been significant.   While I expect some to return to normal seasonal favorite locations, don’t spend too much time in areas that aren’t producing.

Silver trout and whiting are easy targets these months.  Like sheepshead, if you like to eat fish, this is a way to get plenty for the frying pan.    The Silly Willy with a teaser is great for both species.    I like brighter colors for silvers, small lures for the whiting.    The 12 Fathom SlamR is my favorite wintertime lure for all the other species.      The Edje jighead is a great way to rig the SlamR but it will work on a regular jighead too.

Fish the tides:  The big low tides will make locating fish easy.   The other tides can be more guesswork but I do like the extremes both high and low.    Bluefish are always an option late December to February.   Five to eight pound bluefish pull hard.

Large snook will move up the river to seek warm water. We’ll target these fish with soft plastics, plugs and flies. We encounter snook up to 20 pounds or more, redfish, largemouth bass, gar, tilapia and tarpon. The fish will remain in the river for the duration of winter.

The East coast of Florida, Pompano and black drum off the beaches:  An option.  Depending on the weather, the action could be good but it could be tough.   Go later than you go in the summer months.   The midday action could be the best.

In the Big Bend of Florida’s Panhandle, Robert Baker at TnT Hideaway-   Reports from both Rob at TnT and Brad at Sunjammers in Panama City is that there has been an “arctic blast” making it tough for many people to get out.   They do expect good fishing this month, but like anywhere else, they won’t do much if the weather is extreme.   They should have some great trout action when the weather’s good.      To see Rob’s operation, check out:  http://www.tnthideaway.com/ .   If you are going to be in Panama City, stop in and see Brad and his staff at Sunjammers:  http://sunjammers.com/

The bitter north and northeast winds can make it a challenging month.   The challenge is to find safe, protected areas where the fish will be feeding.   Safe is definitely a priority.  Hypothermia is nothing to take lightly.   Up here in this part of the state, it is pretty easy to get panicky if you end up in the water and aren’t ready for it.  For the best action, natural baits with scent are probably going to outfish the lures this month.  But the devoted lure users will stick with it but probably slow everything down with their presentations.    Once through January, there will be an even bigger upswing in action but our fish will eat here this month!   Come see us!

There are a lot of options for the kayak anglers down here in January.   With some driving around:  A fantastic variety of action inshore and offshore.   Chokolosee has tons of redfish.   Flamingo’s got snook.   The Keys has lots of options, particularly for the kayak angler with the dream of catching a big cobia.   Sailfish are also a possibility around the reefs all around South Florida.    Every day the winds are down, there will be amazing stories of great fishing from the kayaks!

Are you prepared for the worst?   Mentioned in the Northeast forecast, hypothermia is a realistic threat anywhere in the state for a few months of the year.   There are various ways to avoid the threats, the biggest of which is to avoid being in the water.   Especially if you are new to kayak fishing, build an action plan ahead of time, should you end up in circumstances where you are losing body heat fast.   For regular contact with water, clothing can do the job.   Waterproof jackets and pants will shield your body from the drips of water that, combined with wind, can make your core body temperature plummet.     For those who want to get out of the kayak more and be in the water, waders are probably the best way to go.   Safety is paramount:  Waders filling with water is even worse than wearing no waders at all.    Wearing a life vest for any time spent out of the kayak and in the water may save your life.    Not only can you trip and get water in the waders, you could also get your feet stuck in the mud:  Wearing the PFD, you can probably manage to get yourself free.   A spare set of warm clothing kept in the car can also save the day.    Getting out of soaked clothes and into the spare can also prevent the body temperature from dropping too far, too fast.

Get out and into the action but as always: Be careful out there! Neil Taylor, www.capmel.com site administrator