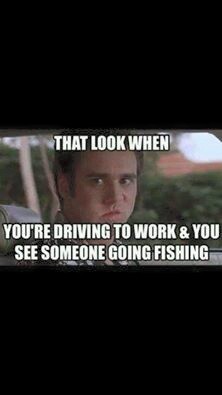 The latest Neil blog.   It took a while.  The internet was lacking inspiration.

Book 4 ordered, finally arrived, distributed and ready for the second printing.    Distributed long enough ago:  Feedback time.   This book is well received.   Version two publishes early next month.   Only minimal additions.    Those changes have been delivered to people who already bought books.   Only one book didn’t arrive.   To an umpire.    Today, the second one I sent arrived, along with the one I sent to him a month ago.    Weird.

Back to business:  The slow season that is August and September gives way to more people wanting to go fishing.   It’s just the way it is every year.   The wind:  Dreadful.   John’s no wimp.  He did two days in high wind and caught fish.    It’s still blowing days later.

I finally started saying something.   Guides who are keeping limits of redfish in other parts of the state.    Are they aware of what’s coming?   What we have had happen here is coming to them.   Take a picture, let it go.    Maintain your fishery.     Ruin your fishery for dinners?   I don’t see it.   I just brought it up.   Might upset some people but their dead fish photos are somewhat disturbing to the people who have lost their fishery.     You still see oversize fish held wrong.    That’s no good.

Capmel.com:   My articles are taking hits like never before.   Other articles I’m posting get activity but mine are being read good.   This blog, my four reports and my two Captain’s Corners every month.    I picked up my second one of those when Doug Hemmer died.

Sports officials at an all time low.   People quitting because of the abuse.    Toughen up.   No one was ever abused more than I was and I didn’t quit.   Grow a set.   Be a man:  Ignore the people yelling.    Kids suffering because no adults have the gumption to do the job?   That’s stupid.   I got berated for it.     I said, be a man.   Nothing scared me away from the job.     Call the cops, have them sit at your games if you are that much of a puss.    But to deny kids from having officials because you have no backbone?    I don’t see it.

People who steal, bad enough.  But, stealing from the church?    Come on.

People who stay and try to ride out a Category 4 or higher storm.

Woman serves meth laced bean dip.   Not at my parties.

Tucson, man kills son while trying to exorcise demons.   Well, maybe he should have stayed outside?

Murder or not murder:   you shoot someone in their apartment, thinking it was your apartment.  The guy you shoot:  Eating ice cream.   The jury decided “Guilty” of murder.   I’ll go with that one.

Vaping has made like 55 people sick, while in the same period of time cigarettes finished off 250,000 people.

Finally, some success:   I changed to Spectrum.    Finally got paperwork from DISH to submit for a $380 reimbursement for the termination fee.     I don’t understand the termination fee really but that was part of the deal.   I’m getting that money inside a week.     Originally Dish said they wouldn’t give paperwork for this.   Minus the paperwork, I can’t get the refund.    Finally, it came.  Submitted.   Approved the same day.

Granddaughter attacks because she doesn’t get the tomatoes she wants.     Grandpa doesn’t stay and stick up for Grandma, he gets out of Dodge.     Why didn’t someone just go get some more tomatoes?

I am delivering life notes on my departed brother Mark to his kids.   A file I started years ago, I’ve been coming up with stuff that I didn’t have in there.     I should have worked on it earlier when things were fresher in my mind.   But.   I’m getting it done.    Things they never knew about their father, they’ll know after they get my summary.

I’m also doing one on my mother.    My father got top billing after his death.    And that was lengthy.   I’m finding it harder to write about my mother and brother but sticking to it, I’m getting there.    I was just so much more involved with my father than anyone else on Earth.

But the longer I live, the more I realize no one does it my way.   I like my way better.