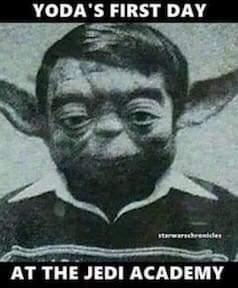 The Neil Blog, a little behind.   I have been enjoying Texas life.    Not without some stupidity, I have accepted some things.    Life:   It is filled with people who do things wrong.   Whatever.  Interesting times:  More loss.   Part of life   Texas means:   No Arizona.   I tried it.   I was lured there.   I had the carpet pulled out from under me.   I tried to make it work.    Nope.

Out of Arizona:  Life has restarted.   The state of Florida, three years of having things messed up with my drivers license:  Is fixed.    A tractor pull.    Unreal.    I got their apologies.   The lady who finally helped me the most “This should have never happened.”

Dally:  The marina.   Then to the pub.   It is called Rock Bottom.    I have made most of my friends there.    Daily:  Bill, Paul and Jim.   Another dozen guys I see all the time.    I sit there quietly most of the time.    One of the employees said something about that.    I replied “I sit here quietly trying to not bother anyone.”   To the employees they see me as a guy doing that so that I am low maintenance to them.    Which is true.     I have already become a pseudo investor there.   Hands off and small potatoes, later on I will pitch larger involvement.

But am I staying here?    For a while yes but permanently, I am not sure where I will end up.   Stay here?    More to Port Mansfield?     I have all the time in the world to think about it and figure it out.

Get older and you can’t do it anymore.  In your peak you would beat  guys but your time is over.  Limitationns.

Cosway?   That spelling was intentional.

Aloud?  Try allowed.   Russia invades the Ukraine so we rename Kiev?    Why?

Excepting?    Come on.   Studying it, I think a lot of people speak into their phone but don’t pay attention to what it writes.   Autocorrect is something that bites me over and over.   I have to post what I really wanted even though I spelled it correctly the first time.   Not a fan of autocorrect.

The Masters:  An annual event I follow.  Tiger Woods nonstop.   He’s down 18 strokes but he’s on TV just all the time.   I watched all four rounds.

Golf will be added to the pub games in June.     Bill runs the stuff.   I offered to help him if he ever needs it.

One thing about the Texas thing:  The women swear.   Like I have never seen.    Very open about things, I’ve just never seen anything like it.

Out of Arizona:  My life has started over.   Nothing against Arizona:  I don’t want to be there or Florida.   Reports on Florida are not positive.   Obviously, things are better where I am than there.   The big picture:  There are way fewer people here.    That’s big for me.

The wind is dreadful in east Texas.    Worst I have seen anywhere.

My mother’s best friend died.   I thought that would be more painful.  She took it good.   Mrs. Hardesty was there when I was younger.   She treated me nice.   She was a nice lady.   Her son Tom, my brother Mark’s best friend, was a tremendous baseball player for Top of FormBottom of Form

Wayne DesCombes.   Mr. Hardesty passed on first, quite some time ago.     He was older.   Mrs. Hardesty survived a long time.   The little information I have:   She put herself in Hospice.   She knew it was time.   She knew it was over.    Under two days:   it was over.   A nephew, Bobby, my closest contact on this one.   John Gaither was the one who told me about her decline and death.    John, my brother Mark and Tom were tight back in the day.   I was a kid.

Those guys were it.

Just another example of Life Goes On.

Television:    I’ve already seen it.    I don’t want to see it.    Kind of poor choices overall.    All the college stuff:   Teams I don’t want to watch.     I need to do research and make the television thing work better for me.   Netflix:    Kind of a flop.     Just not that impressed with those selections either.

Got the apartment deep cleaned.   Killed the insects for good.    I still have not eaten out since arriving in Texas.    Every meal, made in my kitchen.   I plan on finishing a cleanup and then eating out for a while.

Coming up:   Back on the water.    I have made progress on clearing up the Florida nonsense.   Then it’s a Texas drivers license;  license plate and then a fishing license.    Then I’m back in the game.   These fish here, I won’t have any problem with them.     It’s better here than Florida.   Florida was my whiole world for 27 years.    It fell apart.   I have no interest in even visiting.    Going back in December:   Things worsened.    It’s over.     I am in a better place.    My time in Arizona:   A lesson.    The lesson:   I don’t belong in Arizona.    Some of the things that transpired there, not good.   There are people with some significant problems.    I have turned my back.    Not interested.     I’m away from it.    I’m better where I am.    I was a circular route how I got here but I made it.