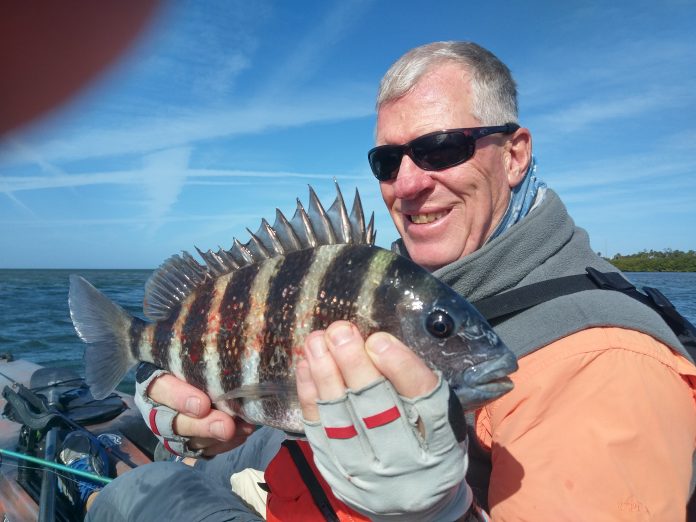 The dead of winter, sometimes the fishing isn’t as good for everything else. There is always sheepshead. I became a sheepshead junkie a couple years after living here. I fished for them heavily for more than ten years. My evolution to nearly all lures, sheepshead were left alone. A dreadfully tough winter again this year, I delved back into this fishery with pretty easy success.

Sheepshead hold a special place in the Tampa Bay fishery. You have to know what you are doing to have success but they really aren’t hard to catch. Sheepshead is definitely a bait situation. Fly fishermen can trick them on a shrimp or crab fly but it is nearly impossibly to target this species using standard lures.
Fishery rules changes pending, the current regulations are 15 fish per person, minimum size 12 inches. A proposal would reduce the bag limit to five fish, something I support. Five is plenty. Personally, I won’t keep a 12 inch fish. A 14 inch fish is my personal minimum. 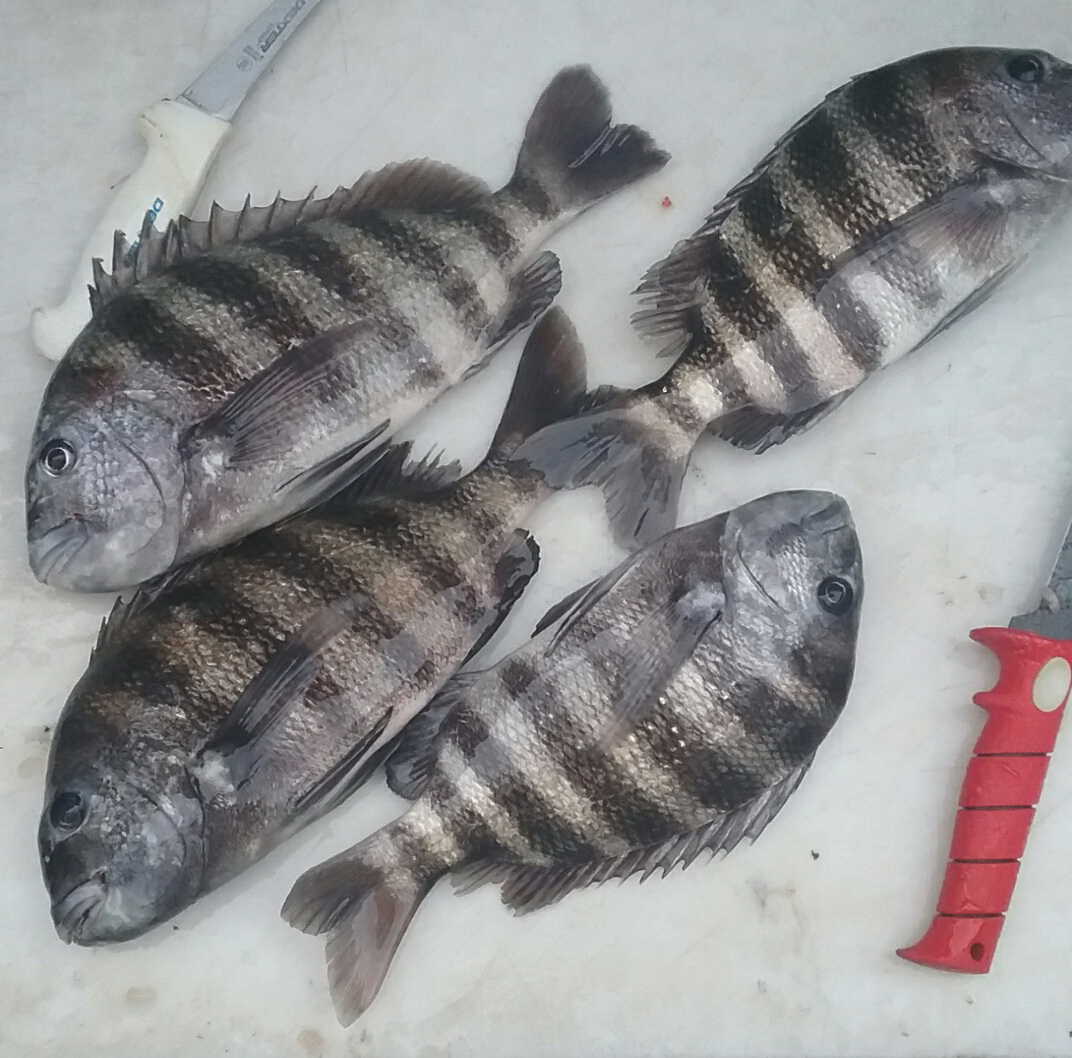 The choices in baits are pretty straightforward. The easy way: Buy live shrimp. Fresh dead shrimp will also work but I would avoid frozen shrimp. A great bait choice if you know how to find them is fiddler crabs. Fiddler crabs will give you higher success than shrimp because they stay on a hook better. Sheepshead will attack any crab they see. Bloodworms are also one people like to use. You dig these with a pitchfork and you carefully thread the meaty part of the worms onto a hook. This bait is also gold. A final bait choice (if you can find them) is the Sand Flea. Beach renourishment projects have killed the sand flea populations (yet another reason not to do them). A sand flea is also a good “stay on the hook” bait for sheepshead.

Targeting sheepshead is pretty easy. As Captain Mel always said “you have to fish where the fish are.” Sheepshead by design chew on rocks. Pilings. Their teeth are designed for crushing. If you target areas with rocks, pilings and residential canals you are in the right place. Our best sheepshead results this winter were on docks. We caught them on rubble and rocks but we did great sinking baits down up against the pilings of docks. Indications were that the sheepshead population is in excellent condition. 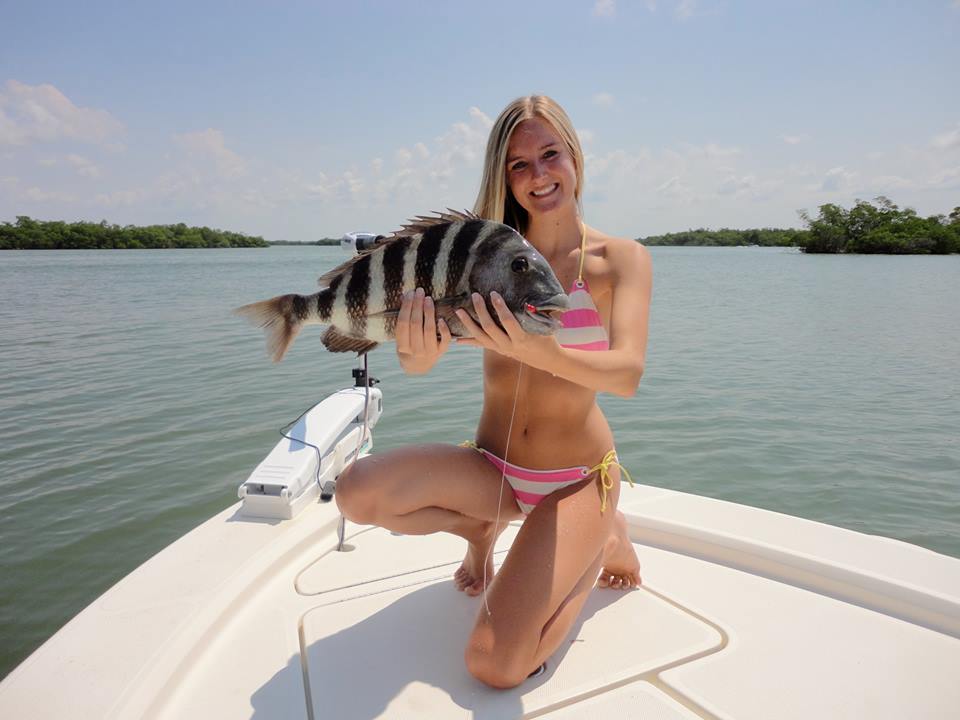 Gearing up. I would call this light tackle, but, if you are doing the dock thing use a rod with enough backbone to pull fish out from the structure. Your redfish rods will suffice.

Sheepshead mouths are tough. A pair of pliers will help out immensely with hook removal.

Varying degrees of success, if you can do it how I do it, you will catch more and bigger sheepshead. Shrimp, not as durable a bait, a perfect example. When do you set the hook? They will chop baits, taking bites where the hook isn’t in their mouth. Those thumps, no hookset. When they take the final bite, the hook is in their mouth and they start to move off. When you feel them moving like this, time to set the hook.

Excellent eating, you must use caution during the filleting process. The row of spines on the top of the fish are like daggers. Go slowly and don’t get stuck. Preparing the meat, you will get your fillets off the skeleton. The skin is easy to remove. When you have your fillet, skin off the last step is to cut out a section in the center of the fillet. This will remove a row of bones in the fillet. You now have boneless, skinless meat.

Not everyone knows it but sheepshead freeze particularly well. You can put up the extra fillets in freezer bags putting just enough spring water in the bag to barely cover the fillets. Thawed they cook up just as tasty as fresh. 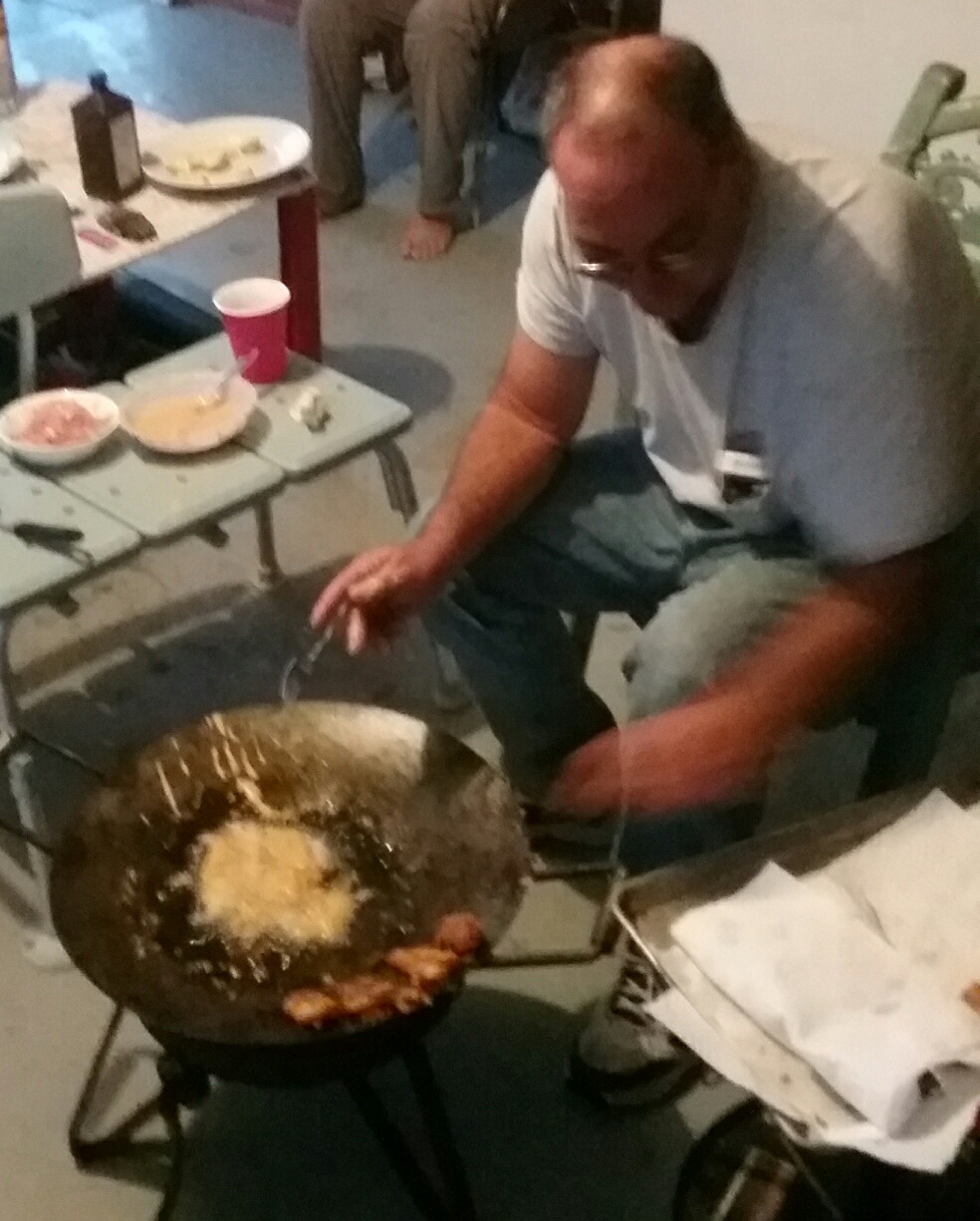 Me, I cut the fillets into two inch chunks. I get oil hot on the stove then turn the heat down to half. I take eggs, beat them up good. In a bowl I put flour or fish fry and I like to stir in some Old Bay seasoning. Dunk the chunks in the egg. Roll the chunks in the flour bowl. Drop them in the oil. I flip them three times. Making the flour a golden brown, I remove from the pan and they are ready to eat. This is some of the best eating you will ever have.

Neil is the owner of Capmel.com and Strikethreekayakfishing.com. Instructional kayak fishing, Neil is a well known writer and outdoor speaker around the Tampa Bay area. To get on his email list, contact him at livelybaits@aol.com. To talk to him on the phone: 727-692-6345 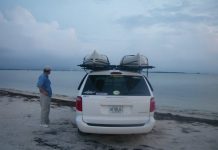