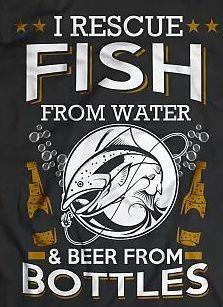 Lots of yard work complete:  The house is ready for Kayak Fishing Skool and the Academy.   Skool is the fourth Thursday of every month at 6 PM.      The Academy, my most complete seminar I do:   $30 for a three and a half hour crash course on fishing.     Two dates have been set for this to start the year.   One in March and one in late May.    Email me to inquire and get signed up.      Skool is free.    There is a raffle at the end of the session every month.    The Academy you get some stuff too.

The fishing has been decent.   Honestly I believe we are facing new challenges.   We are in dire need of tightening a lot of restrictions.

Hockey:  We have the best hockey team in the world right now.   They are that good.  I didn’t grow up with hockey.   Hockey came to Arizona after I left.   Anyway, in conversations that I’ve had with probably 100 people now:   I still don’t understand icing.    I just saw one:  That’s gotta be icing.   It wasn’t.    That one:  Should have been an icing.   It’s not.     With everything in the world there are things I just don’t get.    “Delay of game” penalties.    A guy has to go sit in the penalty box for flipping the puck out of play.    Just drop the puck in a faceoff.    I mean, how often did the guy mean to fire the puck into the stands?     Curious.   Back when I umpired some of the guys I worked with were hockey guys.    I talked over some of this stuff with them.   They were defensive about the hockey rules.   Hey, I get it, the rules have been a certain way I like them to remain that way.   But we are talking and they give me an explanation and I would say “That’s stupid.”   And I’d argue my point.    I can tell  you:  I never lost an argument.    I guess that’s just the ways of the world:   Stuff that doesn’t make sense to you does to other people.    I didn’t even cover “tripping.”   That’s as much a mystery to me as icing really.

Gasparilla, celebrating our pirate heritage even though we never had any pirates.    Adults acting like children.    People get mad at me for saying it but I don’t get adults doing the Halloween thing either.   Sorry, you’re not ten years old.

A movie where Charlize Theron is ugly.   That’s no good.    Who came up with that idiotic idea?

Infomercials.   Who watches those?    All these channels and nothing to watch.    To me, more evidence to the stupidity of the common American.     Terrible programming.    My father didn’t understand it.   I don’t understand it.     I could cancel cable and would be just fine.     Probably the only thing I would miss is the hockey.

Life is interesting.    My affiliations the past six years:  Some real idiots.    I’m a magnet for it.    People who turn their back on me are a standard.    So much great stuff I have done for people:  Not reciprocated.   On that note:   Writing this Blog.    It requires restraint.     Many times I’ll start something on here and then backspace it out.     It would probably add interest to it but I’ve decided to live healthier.     The issues that exist:   They don’t matter.     One part of it actually does matter but I can’t do anything about it so I am going a different direction than they are.   Permanently.   And the other issues:   A Pub ban.    I moved off that months ago.    Other people are still bothered by this one.     Honestly, I feel like most of those people weren’t my friends to begin with.     If you ask me, anyone who is OK with how I was treated they never cared about me to begin with.   Fine.      The guy picked the right guy to do it to.    If he treated anyone else that way, I would have burned it down.     You can’t treat people that way.    My father didn’t get to see this one but he would have enjoyed it.    He always liked it when I had the moral high ground.     He also liked watching people make idiots out of themselves.     Where it is kind of too bad:  I thought I had friends here so I bought a house.    Hindsight:  If I knew this was coming I would have been looking for the house stronger an hour away from here.     Oh well.

My real negativity exists toward the Facebooks of the world.    My email is still messed up because of them.     It got better for a while but it looks like they have sold off my email address again.     I’m very disappointing in this one.     I should have used a fake email and it wouldn’t have mattered.    Their contact:  Not good enough.    It wasn’t even really apologetic, they just noticed I didn’t participate anymore.   At least it gave me a chance to tell them why.   And I let them have it.    The number is up to near 300.   That many people have left Facebook by my example.     And really, like me, just happier with life.     Facebook isn’t real life.     A lot of people who are devoted to it:   It is their life and that is pretty lame.   Sorry if you are one of those people.    I don’t apologize.    That’s your deal.   I’ll be over here.

New rule:  If I don’t like you, I’ll never talk to you again.

Skool:  Off to a good start.   I had the firepit going.  We got the grill going.    People showed up to hang out, get their book: Enjoy an evening.    Books sold.   Teasers sold.    A solid night for the first of the year.     The next one:   February 28th.     Same time every month, 6PM, a lot of the guys showed up a little early which is fine.    I took new art onto the porch.   Turns out we spent our whole time on the back deck by the fire.    A cold front through yesterday morning, the heat of the fire was nice.

The schedule remains light.   John is back in for three trips in early February.    Two trips right before taking him.    Some trips are starting to fill in March and April.     Great months ahead.   It is the time of big trout.   Almost every trout we caught the last two trips were over 20 inches.