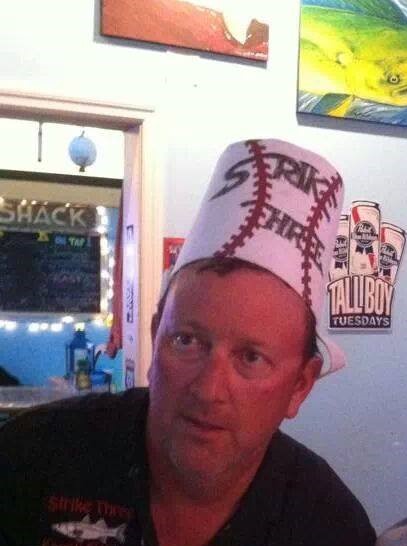 Edging into autumn, the trend will be for more people to be fishing and doing it longer.   The northern parts of the state will feel less intense heat, especially the second half of the month.    The big question:   A relatively quiet August for tropical weather, what will that mean for September?

West central:  Species closures have been a good measure.    In August, I saw the best action I have ever seen in the dead of summer.      Redfish and snook are still lagging back but with more time, they too might come up another level.   Better management all along, everything would be way better.    Trout, I figure they will reopen.   They didn’t need to be closed but I think it was a good test cutting them off, to see just what would happen.   I believe it is something that should be done for blue crabs, cobia and even sheepshead.   Give species a break and watch them come back better.   Why not?    Killing a fish is too important to too many people.    These fish are more valuable alive than dead.    We need to try to start a release trend.   We need to take better care of what we have.   If we do, it becomes a better sustained fishery.

Excitement always is the overwhelming feeling with the arrival of the ninth month of the year.  For me, September used to be the conclusion of the baseball season and coming home to go fishing seven days a week for the next three months.   Therefore, right in my hot zone and favorite time of year for fishing the Tampa Bay estuary and surrounding waters.   Baitfish schools are awesome this time of year.  The opportunities are therefore very extensive.   Redfish, trout, flounder, mackerel and even some species like kingfish, pompano, drum and tarpon are going to be caught.

It has a lot to do with “where” but “when” will still be a big part of the equation for a little while yet.    Early and late will do much better than midday outings.   In October, there will be some changes, but for this month keep setting that alarm for early and beating the heat.    The fish make a shift in Fall and even though they are not heading for cover like they will be in early November, they may be acting differently than they have in the past three months.  In short: It is going to get easier.    September’s variables are “just how hot will it be” and “what kind of tropical storms are we having.”    If things are stable, the fishing will be exceptional.   If it is droning heat or torn up water from tropical weather, the fishing can be difficult.     Speckled trout will get more active in daylight hours.   Redfish are better than they were but still not what they should be.    Same goes for snook.   Pompano and flounder will remain great targets for several more months:  Pompano at bridges and in the passes and flounder in all the deep sandy patches, pretty much all over the region.

Silver trout, missing for nine months, easy to catch if you know where to go.      Action trips have been great speckled trout action at sunrise and late morning, silver trout pick up the slack when the shallow water bite slows down.

In the Southwest “Suncoast” area of Florida, Steve Gibson with Southern Drawl Kayak Fishing:
Redfish will continue to please on the flats of Sarasota Bay and southern Tampa Bay. Schools of 100 or more oversized reds are a possibility.
Expect strong action on spotted seatrout, jack crevalle, bluefish and Spanish mackerel over deep grass in 4 to 6 feet of water. Flounder action should improve along sand edges

The East coast of Florida, there are opportunities.    Big fish here and there.   Drum, redfish.   Trout, probably going to be better next month.   I said it before:   It would be good to see species closures here like they did west coast and see just how much better we can make our fishery.      Neil Taylor said it multiple times this summer, it supports a great buildback process after many years of human pressure.    How do we make the powers that make these decisions come to the table?

In the Big Bend of Florida’s Panhandle, Robert Baker at TnT Hideaway on the Wakulla River:  http://www.tnthideaway.com/ .   If you are going to be in Panama City, stop in and see Brad and his staff at Sunjammers:  http://sunjammers.com/   TNT and Sunjammers are reporting great action throughout the region for trout, redfish and flounder.   Kingfish, cobia are still great targets before the Fall migration takes away some of those opportunities.     Robert offers guided kayak charters.    Brad has a fantastic kayak fishing shop in Panama City that you need to stop in and see.  September;  Usually very good around the Panhandle.   Get out there!

In Northeast Florida: So many options, so little time.    September still means long hours of daylight and a great time to target what we have to catch.   It is pretty simple:  Go for redfish, trout and flounder.  If you want to go outside the box, you can also try for sheepshead.   King mackerel will likely make an appearance late month.    We have big fish up here, for pretty much all species.   The passes will be great but so will the backwaters.  Pick your spot and make it hot!      October will be even better but September should be pretty good in our waters.

The Everglades, Flamingo anglers report some snook, tarpon but even with the state’s decision to reopen snook, the locals are not that eager to see them being slaughtered.    Several more years of protection and we could feel a lot more secure about more freezes and poaching, but right now, we do not have anywhere near what we did before that freeze.      Please keep the fish in the water.    Mishandled fish is the same as harvesting.     Great offshore action is available on the southeast side.    September should have some of the most interesting catches of the year.   It is deep water with some current so this is not for everyone, but those with the skills will have some great fun out past the breakers.     Getting later into Fall, migration time.    September is a little early for that.  Things will likely stay mostly the same and by November there should be some interesting developments.

The tip of the month:
Check yourself.  The personal checklist, important to catching problems you do not want to encounter out on the water.   Your dry bag, your spare batteries, your fishing reels in operating condition: All things that can be addressed before you go.  The dry bag is a big security blanket.    A lot of other things that go into this efficiency on the water are reviewed in “Launch Preliminaries.”  Read it over and eliminate some frustrations that are easily avoidable.   Keys, wallet, cell phone:  The usual items to not just keep dry, putting them in a dry bag also prevents doing something where you lose something.   It’s tough to drive home without car keys.     If your cell phone isn’t waterproof, use something to keep the water off it.

Need help learning how to kayak fish?   Hire one of our guides on staff for your region and take advantage of their knowledge and sharpen your own skills!   Steve covers the Sarasota/Bradenton area, and Neil works the Tampa Bay area!    These two guys offer excellent charters for the locals as well as the visitors.      Call them to inquire.